Article Everything You Need to Know About Mastitis 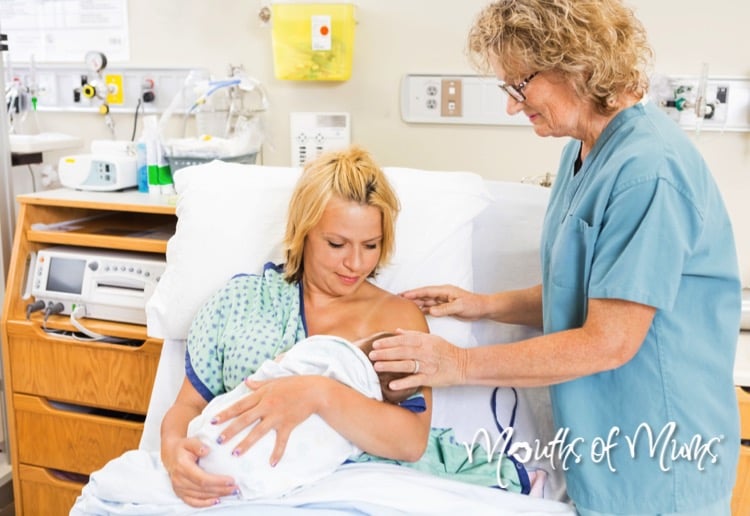 Explainer: what is mastitis?

It’s the middle of the night. Your newborn baby is awake. Again. She wants to feed. You lift her to your breast and brace for the pain.

Most mothers who breastfeed come to appreciate the convenience and the bonding it provides. But until your breasts get used to feeding your infant, it may hurt.

Around one in five Australian mothers will also develop mastitis, an inflammation of the breast tissue. Mastitis is most common in the first four to six weeks after birth.

Read more:
Want to breastfeed? These five things will make it easier


How do you know you’ve got mastitis?

Common symptoms of mastitis include a breast that may be abnormally red, tender to touch, or painful. You may have swelling, firm areas or lumps in your breast.

Some mothers may also have more general flu-like symptoms such as a fever, chills, high temperature, fatigue, joint aches, headache or malaise.

Mastitis can be very distressing for new mothers, as it impacts on their desire to continue breastfeeding, their capacity to cope with their baby, and in some cases, their ability to care for other children.

Nipple damage may lead to mastitis by allowing bacteria to enter the breast tissue through a graze or crack on the nipple. Cracked nipples can occur if the baby has difficulty attaching to the breast during breastfeeding, or when the baby’s feeding action damages the skin of the nipple.

Milk stasis, or the obstruction of milk flow, can also be an important factor in the development of mastitis. Breast milk needs to be effectively cleared from the breast and there are a number of reasons why this may not be the case.

Mothers may have an oversupply of milk or have begun to decrease their level of breastfeeding.

Wearing a bra with straps that cut across breast tissue may reduce milk flow, and clearance, from that section of the breast.

Using dummies to soothe infants who may be hungry can delay breastfeeding and subsequent milk clearance from the breast.


If the breast is not cleared of milk, milk stasis may allow bacterial concentrations to change within it, or cause an inflammatory reaction as milk is forced out of milk ducts and into the surrounding breast tissue.

Effectively removing milk from the breast is the most important part of treatment for mastitis. This can usually be achieved by helping the baby attach properly to the breast – with the assistance of a lactation consultant – and by feeding regularly.

To manage your symptoms, your health care professional might suggest taking pain relief, resting, drinking lots of water, applying warmth to help with milk clearance (such as by having a warm shower), and applying cooling after breastfeeding.

GPs may prescribe antibiotics to treat mastitis, but there is very little evidence to show this approach is effective.

Read more:
Breastmilk alone is best for the first six months – here’s what to do next


Physiotherapists can treat mastitis using ultrasound and gentle massage to help remove milk from the breast. Research is underway to evaluate how well used and effective these emerging techniques may be.

In 3% of mothers with mastitis, it may progress to a breast abscess, which may require hospitalisation and treatment via needle aspiration. In serious cases, the condition may require surgical drainage.

There is now also some evidence to suggest that probiotics such as Lactobacillus may be an effective preventive measure. They have been shown to halve the chance of developing mastitis when taken for 16 weeks following childbirth.

To avoid mastitis, mothers wearing maternity bras should ensure the bra does not cut across the breast tissue. If you’re using dummies, only give them when you’re sure the baby isn’t hungry. Most importantly, continue to breastfeed regularly.