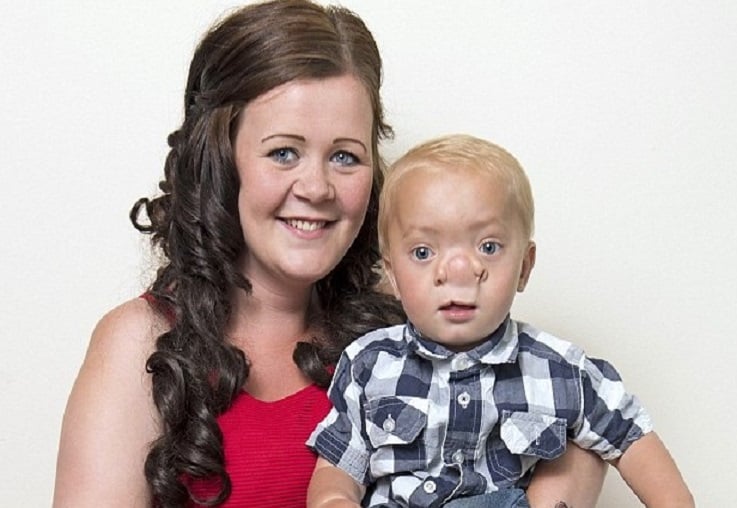 Ollie Trezise was born with a rare condition which caused his brain to grow into his nose. His mum calls him her “special little Pinocchio.”

Ollie, 21 mths, suffers with Encephalocele a rare birth defect associated with skull defects caused by partial lacking of bone fusion leaving a gap through which a portion of the brain sticks out (protrudes).

He has been forced to undergo several painful operations to help him to breathe and close the gap in his skull. 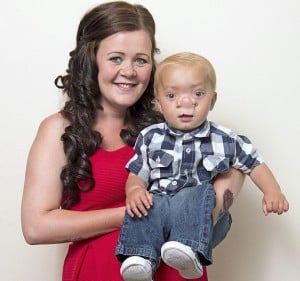 One even said he ‘should never have been born’ while other taunted him, calling him ‘ugly.’

‘Once, a woman told me I should never have given birth to him. I nearly burst into tears.

‘To me, Ollie is perfect. He is my little real-life Pinocchio and I couldn’t be prouder of him.’ 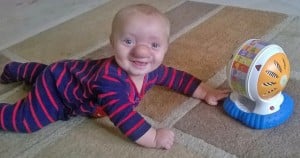 ‘When they gave me Ollie to hold, I was so surprised that I almost couldn’t speak.

‘He was so tiny, but there was this enormous golf-ball sized lump on his nose.

‘At first I wasn’t sure how I would cope. But I knew that I would love him no matter what he looked like.’

‘I was so scared to let Ollie undergo such major surgery. He was so fragile, and I couldn’t bear the thought of losing him,’ she said.

‘But doctors explained that he was at risk of contracting an infection or even meningitis if he tripped and knocked his nose – so I agreed to the surgery.’

‘Ollie will probably never look like all the other children and I’m terrified that he will be bullied at school. But he is such a lovely boy that it’s impossible not to adore him. 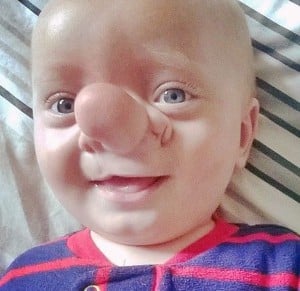 ‘I think he is absolutely perfect the way he is. There is nothing wrong with being different.

‘Ollie is a unique, clever, funny little boy and he amazes me every day. He is my special little Pinocchio, and I will never stop loving him.’

Such a sweet little boy. We wish him all the best. 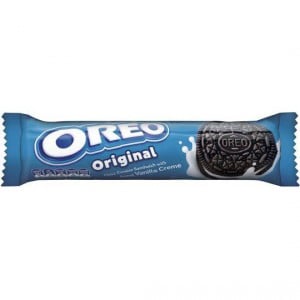 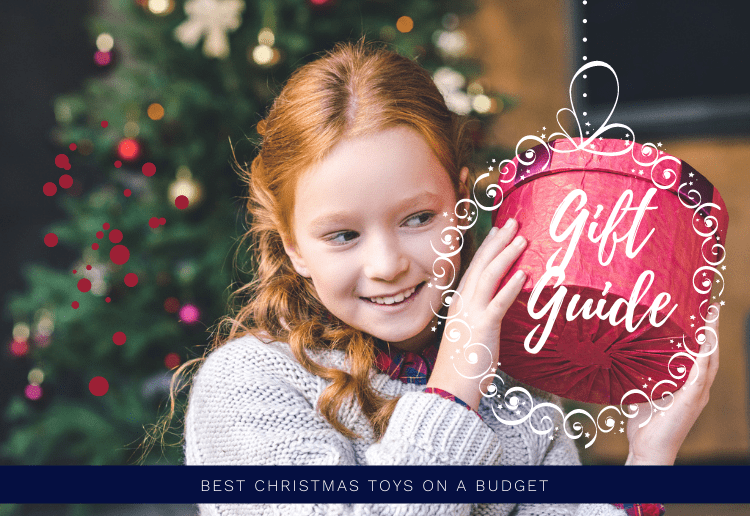