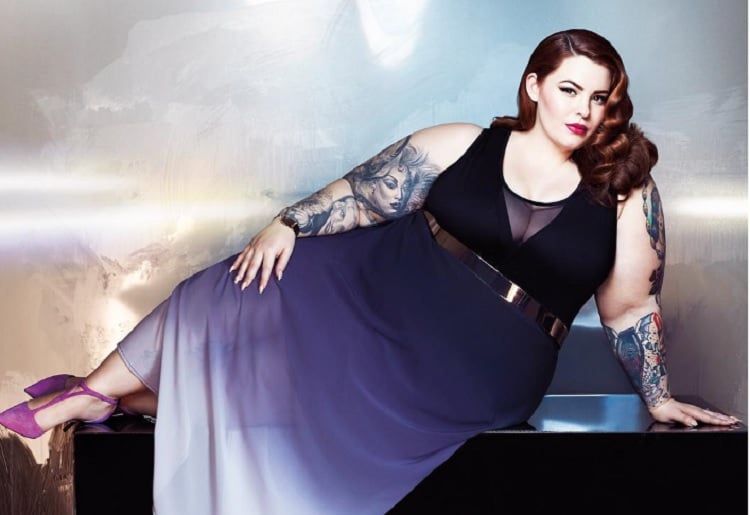 Plus size model Tess Holliday has given birth to her second child.

The size 22 model and her fiancé Nick Holliday welcomed their first child together on Monday her rep told People, a baby boy named Bowie Juniper Holliday.

Bowie weighed 8lbs, 10oz. and measured 22 inches long, and the 30-year-old mother-of-two is clearly over the moon about her new bundle of joy.

Tess is also mum to ten-year-old son, Rylee, whom she had with a previous boyfriend she no longer speaks to.

Throughout her pregnancy, Tess became an even more vocal body advocate, sharing plenty of candid photos of her growing baby bump as well as nude photos to celebrate her changing body.

The plus-size model would often take to Instagram to hit back at critics who insisted that her baby’s life was in danger because of her size. She appears to have given birth a perfectly healthy baby boy.

tessholliday Our handsome little guy is here,
Bowie Juniper Holliday  @nickhollidayco snapped this while I was dressing him to go home

tessholliday When people say to me “I can’t tell you’re pregnant” & my face is like I will continue to live unapologetically, to thrive in this body, prove the naysayers wrong & laugh at the ignorance #babyhollidayontheway #37weeks #effyourbeautystandards #plussizepregnancy

tessholliday ‘Just because we’re plus size, doesn’t mean we have to prove that we’re healthy, just as someone who is smaller than us or average size doesn’t have to prove they are healthy. We should be able to exist in our bodies. I am technically healthy but my body is no more valid than someone’s who isn’t.” Shot by @alexcayleystudio for @telegraph out now  I was 7 months pregnant in these photos & loved every moment   #effyourbeautystandards