Article The Link Between Smacking Your Child And Domestic Violence

Spanking children makes them likely to grow up to be violent later life.

800 children were involved in a study, which found that being hit as a child made you more likely to have aggressive tendencies, shares Yahoo!7.

Most adults who are violent in their relationships have been spanked or hit by their parents.

The study from the University of Texas Medical Branch focused on 758 volunteers aged 19 and 20, asking them about how often they were hit as children.

The researchers found that the 68% of the volunteers who were punished physically as children were much more likely to become aggressive win later life.

Jeff Temple of the University of Texas Medical Branch said, ‘Kids who said they had experienced corporal punishment were more likely to have recently committed dating violence.’

The researcher found that children who had been spanked – as opposed to more violent punishments – were still more likely to be abusive in later life.

The National Sexual Assault, Family & Domestic Violence Counselling Line – 1800 RESPECT (1800 737 732) – is available 24 hours a day, seven days a week for any Australian who has experienced, or is at risk of, family and domestic violence and/or sexual assault. 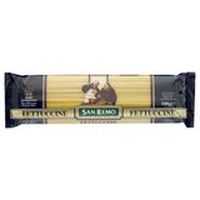