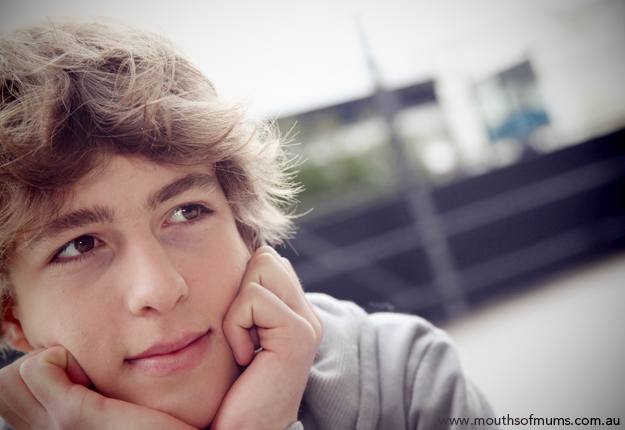 As the mother of a young boy, the senseless death of 18-year-old Daniel Christie following his attack by a “coward punch” in Sydney on New Year’s Eve, hit me hard.

Is society really becoming more violent? What is my son going to face when he starts going out?

And as someone who loves a glass or 2 of wine, which if taken in excess only makes me really happy, I also question if alcohol is main culprit – or is there more to it?

So, I whole-heartedly agreed with a wonderful comment piece by News Ltd journalist, David Penberthy, who said he believed blaming alcohol for the violence was a “cop-out”.

“A more appropriate term would be scumbag-fuelled violence, as the focus on alcohol lets the scumbags off the hook,” he wrote.

“There are tens of thousands of Australians who frequently engage in what those abstemious folks in the health lobby describe as “dangerous” drinking. They do so without sending anyone to hospital, or to an early grave. I am one of them. So is almost everyone I know.

“For me, “dangerous” drinking brings with it the risk of winding up in a karaoke bar and singing a woeful version of Air Supply’s ‘All Out of Love’.”

I totally agree. For many of us Gen Xrs, the only danger is the embarrassment you feel the next morning when you recall your alcohol-fuelled moves on the dance floor the previous night.

People want to know why there is so much violence. Is it drugs or social media and its sometimes glorification of mindless, stupid and dangerous acts and attitudes? I also wonder about the lack of positive male role models in the lives of many young boys.

In saying this I am not talking about footy stars, but real-life people who cross your path and leave you thinking, “if my son turns out like that, my job as a mum has been a success.” Already, 3 such young men have crossed my son’s path.

My son was 4-years old at childcare, where one of his carers was a young guy who would have looked more at home with a surf-board under his arm than in a room full of pre-schoolers.

In fact, he competitively rode BMX’s and even at age 4, my son thought he was sooooo cool. But it was more than that. He had a gentle and caring nature. The kids loved him. When he left, it was to work in the field of early intervention and disability support.

The next was the coordinator of my son’s after school program. A gentle giant who was part leader, part play-mate. It was the right balance – I heard him disciplining children when they needed it, but also saw him joining in the rough and tumble of ball games.

In a conservative suburb, he stood out with his trademark short mohawk. But, it is not about looks. It is about attitude. He moved on to make his mark in juvenile justice.

Lastly, is the young man looking after my kids at their school holiday program. He is studying to become a teacher after giving up corporate life for a career in the field he is passionate about.

Again, a caring nature combined with a sense of fun, has earned him the adoration and respect of my son.  It is heart-warming to see and I think any male student who crosses his path in the future will be lucky to have done so.

So, there are young men out there who we can and should point out to our sons as being a ‘good guy’. At the end of the day, their success lies not in being perfect or necessarily mainstream. It comes down to care, empathy, respect and just being plain nice.

It is these sorts of qualities and values, above all, that I want my son to have and which will make me the proudest of mums.