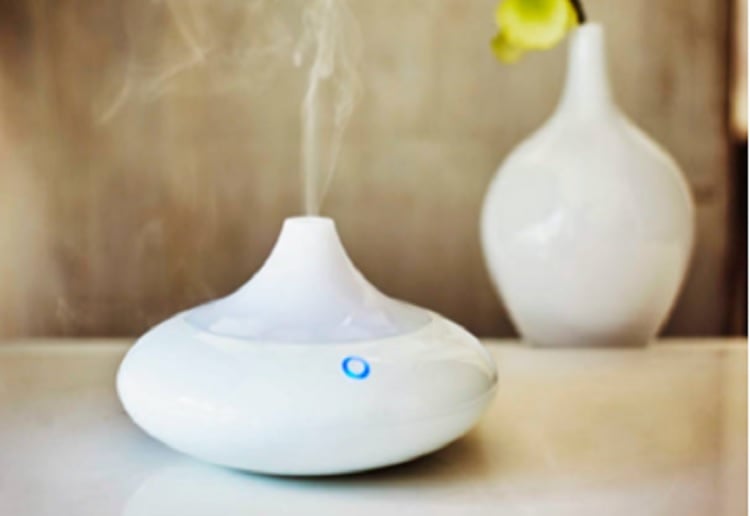 Renewed warning about the dangers of essential oils in the home.

Essential oils are now listed as one of the top reasons parents call the poison line with more than 4000 calls being made in SA alone this year.

SA Health say 74% of those calls involve kids under five years of age who have ingested the oils.

As little as 5mls of pure eucalytpus oil can render a child unconscious in just 15mins.

The recommendation is to not have them within reach of little ones.

Previously we shared a warning from Australian paediatric doctor Dr Nelu, who has worked in some of the busiest emergency departments in the country.

‘Hopefully parents/childcare workers know that locking up cleaning products and medications away from curious little hands can be life saving but did you also know that an unknown danger is essential oils,’ Dr Nelu said to Daily Mail.

‘Yes the seemingly harmless rosemary oil, eucalyptus oil etc can be so harmful to children if swallowed.’

Dr Nelu said essential oils can cause anything from ‘severe vomiting to drowsiness to changes in the heart’s electrical activity to chemical burns to seizures’.

‘After a recent admission of an infant who was fed some oil by their cheeky older sibling it’s a good reminder that people may not aware of how lethal these oils can be,’ she said.

Dr Nelu said parents should adopt a few tactics to ensure their children aren’t exposed to any dangerous essential oils.

‘Some kids are too clever for this so make sure all cleaning products, essential oils, medications, sprays and basically anything that could be dangerous if swallowed, are kept in high places or a cupboard that can’t be accessed by kids with childproof locks on them.’

‘If you are using these products, make sure either the kids aren’t around or you don’t put the product down with your back to the child (it doesn’t take long for them to pick it up and put it in their mouth).

‘Don’t forget the poisons hotline has a wealth of information if you are worried about ingestion of any potentially harmful products.’

If your child has been exposed to something and you are concerned about poisoning, call the Poisons Centre on 13 11 26 immediately.

Previously we shared a UK woman’s warning over the dangers of using oils after suffering chemical burns from her diffuser.

“I walked over to the diffuser and held the button down for a number of seconds (as this is the way to shut it off),” she wrote.

“In the process, some of the vapour from the diffuser must have sprayed onto my face, but I didn’t think anything of this. Whilst I was somewhat aware of the danger of getting essential oils directly on my skin, I was unaware that the vaporised ‘diluted’ oil from my diffuser could also be dangerous. ”

It wasn’t until later when she was adding a log to her open fire, that she knew something was terribly wrong.

“I got up to put a log on the fire. Immediately, I felt a stinging sensation on my face but due to the fact that my body never came into direct contact with the flames, combined with my ignorance about the nature and danger of the oils my skin had come into contact with, I didn’t put two and two together.”

“After my burns were assessed and treated, a chemical burn was diagnosed.” 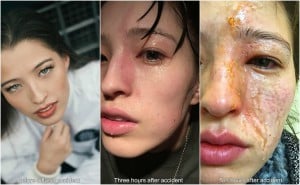 “All in all, the process took over 12 hours and in that time I was able to do some reflection and research. By then I had realised the link between the diffuser spraying on my face and what had happened. I discovered the real danger of these essential oils, and realised that when the diffuser had sprayed onto me, essential oils had soaked onto my face and eyes and remained there. When exposed to the fire, these had a chemical reaction and ‘ignited’. Had I realised this earlier, I might have been given priority at the hospital, and treated faster.”

“I’m left wondering how many people realise the danger they are potentially putting before them. Our popular electric diffuser says ‘safe for use around children and pets’. From my experience, I would say this is not necessarily true.

“We bought ours online, alongside the oils and there was no age verification needed. How many teenagers, or young people have bought them for themselves, or their friends seeing how trendy they are? I probably might have had one as a teen, and smoked a cigarette out of the window, not realising the implications…”

She wants people to know, “I’m not saying that people should stop buying and using diffusers, or essential oils, although I personally will not be around them again. I’m not saying that there is a likelihood of this happening to you. But there is a risk and you need to know about it. If you’ve read this post, you know to be cautious.”

It certainly pays to always be aware of any possible risks. Especially if you have a diffuser and oils around children. 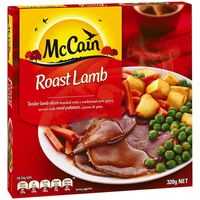 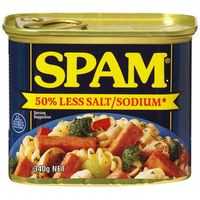