Article When Other Holiday-Makers Ruin Your Holiday Enjoyment 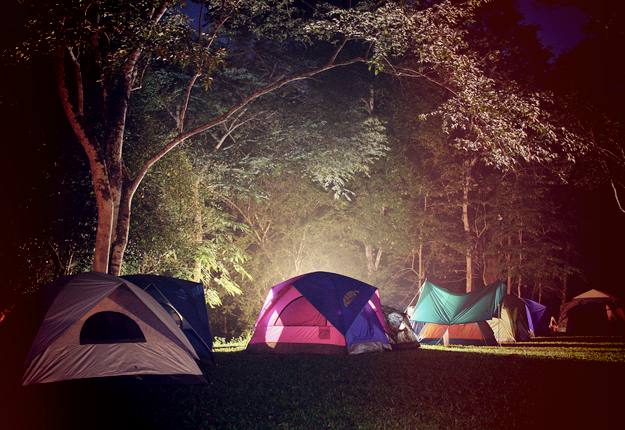 We arrived at the lovely bushland caravan park, excited about our weekend away. A time to relax with extended family and for my kids to have their annual try at water-skiing.

Sitting by the open fire, it was so relaxing – the kids were toasting marshmallows and the adults sitting back enjoying a drink.

The stars were shining bright and we were all feeling good – until our neighbours started getting louder…. and louder, their conversation dotted with profanities.

Now, I am not a prude and have been known to occasionally drop the F-bomb, but this was unreal. And as we made our way to bed, we were forced to lie there and listen to it invade our space.

The next night was even worse, as more had joined the group.

The conversation was louder, the swearing worse and some of the subjects discussed extremely loudly were not fit for public consumption.

So, as I lay there stewing, unable to sleep, it got me thinking about how other holidaymakers can ruin your holiday enjoyment.

Take my friend who escapes every year to a secluded beachside location with her two young children. Usually a family environment, she was stunned this year to realise there were teenagers playing sex games in a public area.

“It’s the first time there has ever been anything like this,” she said to me.

In this instance, the park managers stepped in and the group were removed from the park.

Then there is another friend, whose holiday last year to a Gold Coast resort was ruined by another family whose smoking on the unit balcony below left them unable to enjoy their own balcony.

My friend asked to be moved to another unit, which could not be accommodated. So, management spoke to the smokers, asking them to be a bit more understanding. Instead, they took affront to the impingement on their right to smoke on their balcony.

The result is that they upped the ante – as my friend realised when she saw them leaving burning cigarettes in ashtrays on their balcony. Not to smoke, but to create smoke!

Then there are the parents who let their children run riot – like when I was in a pool in a resort complex, watching as two mums sat back drinking chatting, leaving their toddler in the care of older children who were constantly dive-bombing, basically on top of me and my kids.

That’s not to mention the pungent smell that started coming from the toddler…..gross. And don’t even get me started on the people who can’t clean up after themselves in shared bathrooms.

We all want to enjoy our holidays.

So it is frustrating that some people don’t seem to think or care about how their actions and behaviours might impact on others.

I don’t have the answers, except to hope such incidents remain few and far between for you and me.

Have you had a holiday negatively impacted on by other people?