Article Why these siblings aren’t allowed to play together 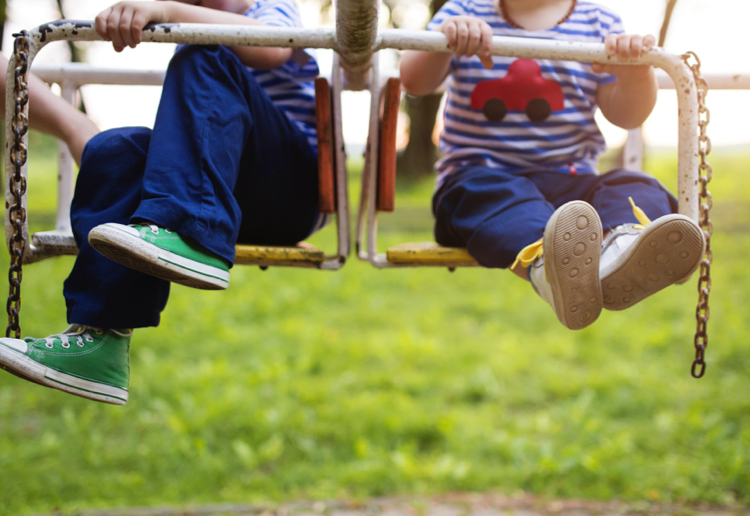 When Zoe Fuhr and Lee Clowser welcomed their first child together in 2011 – a beautiful baby girl named Faye.

And while the couple thought their bundle of joy was happy and healthy, within a few weeks they noticed she was struggling to breathe and feed properly.

Following a prick test, Faye was diagnosed with cystic fibrosis, a genetic condition that causes an abnormal amount of mucus to build up in the lungs, airways and digestive system.

Speaking to the Daily Mail, Zoe shared “When they first said it, we didn’t really know what it was but then we went home and read up about it and it was just heartbreaking.”

“It felt like we had just been given this beautiful baby but then she was just taken away from us.”

Further testing revealed that both she and her partner Lee carry the cystic fibrosis gene, even though their own siblings aren’t carriers.

“It was just really bad luck that my partner and I were both carriers and we had no idea.”

And while the couple were keen to have a second child, they were concerned about passing on the genetic condition again. However when doctors re-assured them there was only a one in four chance of having another child with cystic fibrosis, they decided to take the gamble and welcomed Alfie in 2012.

Sadly, Alfie was also diagnosed with the condition at six weeks old, with Zoe sharing “The moment we heard they both had it was very difficult.”

“It was absolutely gutting because we kind of felt guilty that we had done that to them. There is no way we could have known but now we were putting a second child through that,” she continued.

“But there was also just a little bit of relief because we knew they would be going through the same thing together.”

Three years on, the couple continue to manage their children’s condition with medication (around 45 tablets a day) and daily physiotherapy sessions.

And while Faye and Alfie love to play together, and the family know how important it is to keep life as normal as possible for the pair, they are often kept apart to avoid infection as persistent bugs can damage the lungs, and eventually lead to respiratory failure.

“They aren’t supposed to be together but that can be quite difficult. They aren’t allowed to kiss each other and we have to do all their treatment in separate rooms because that’s when they are breathing out more,” the mum-of-two shared.

“They can’t sleep in the same room either. They are very active and happy kids but just a chest infection can make them really ill.”