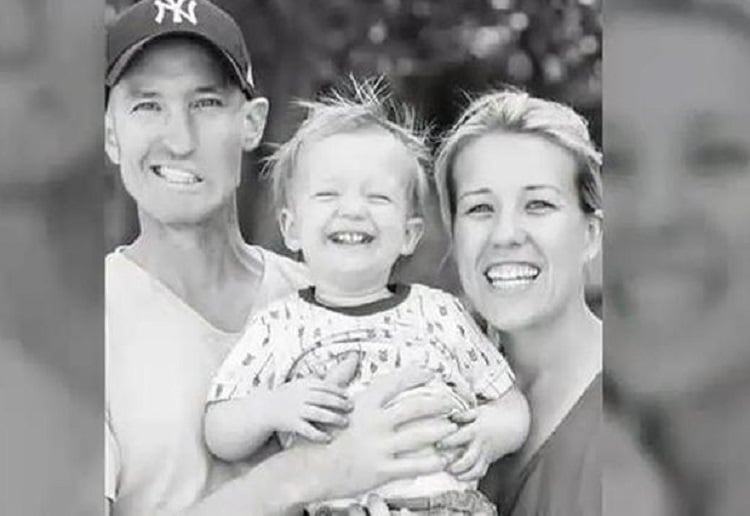 In a bittersweet love story Casey Johnson celebrates the impending birth of her second child while grieving the loss of her husband.

9 News reports, Brett Johnson was battling bone cancer for the third time when the Toowoomba couple decided to use the IVF embryo they’d been saving for when he got better. When he was given just weeks to live, they decided not to wait any longer. On January 15, Mr Johnson died at the age of 34. 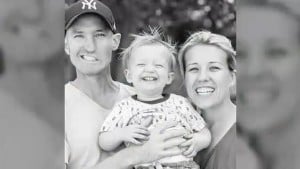 “He was proud and it just meant everything to him that he got this little boy and that he’s now going to have two little boys of his own running around carrying his blood,” Mrs Johnson said.

Her husband’s quiet strength in the face of his illness is what has given Casey the inspiration to face this next stage of her life with courage and determination.

Brett had battled Ewing’s sarcoma into remission twice previously, but when the aggressive bone cancer came back for a third time he could fight it no longer, but he never lost his calm determination.

Being a dad meant the world to Brett and knowing that he had a second son on the way made him proud. 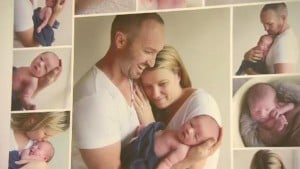 During his illness the couple created a Facebook page to keep their friends and family abreast of his condition, and Brett always signed off with “Live from the inside out, not the outside in.”

Casey is determined to carry on his legacy, and touch people’s lives as her husband did.

“I feel that’s a legacy that I need to carry on for him,” she said.

“People can learn from this, it doesn’t have to be a completely miserable situation.”

“His legacy isn’t about what he built as a businessman or what he had all his possessions his legacy will live on through people’s lives and through his two sons.” 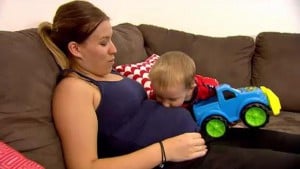 We wish Casey all the best.

Images via A Current Affair 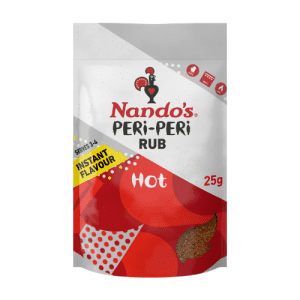 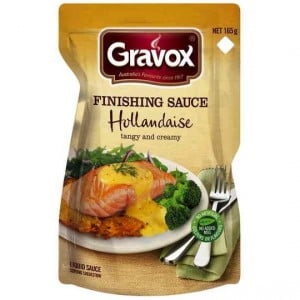