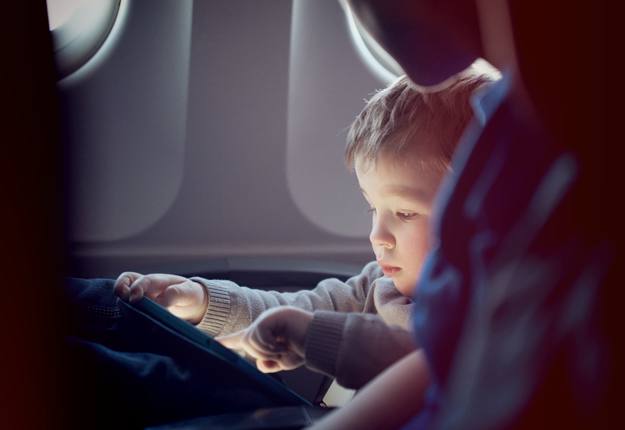 Imagine boarding a plane with your family, then hours later it finally takes off- after the man who used a minority slur toward your 6 year old child is finally removed.

Another woman with Down syndrome on the flight was reduced to tears.

I found this out by reading a talk back radio blog, and this happened almost a month ago. QANTAS haven’t talked about it anywhere I’ve seen.

A quote from the article:

“Yes, I admit I referred to the girl as retarded,” says Dr Thornton.

“But I never swore and I never directed my abuse at the child.”

Asked if he understood why a father would take exception to such comments about their child, this was Dr Thornton’s response.

“The father wasn’t a part of the conversation so had no need to respond the way he did.”

It turns out Dr Thornton was seated next to the young girl and allegedly said to a flight attendant, “Oh ok. I have to sit next to the retards now”.

But seriously.. why is it getting swept under the rug?

Is it because he is a professional businessman, and not someone juicier that makes a good, interesting news story?

Is it because it didn’t ‘trend’ on social media?

I do not want my son, who has Down syndrome, to ever be required to sit next to that man on a plane.

If he had been there instead of that little girl, and that man had directed hate speech at my child, I suspect I would have been the one in trouble with the authorities and I admire the family’s decorum which made QANTAS’ job a little easier on the day during the alleged 3 hour delay he caused for the flight.

After speaking to the 2GB radio producers, he continued to justify his use of hate speech and poor behaviour- from a man with all the genetic gifts in the world, a law degree, a doctorate, and apparently zero empathy or common sense.

I fly QANTAS and I don’t ever want him on a plane with my son who has Down syndrome.

If this were your 6 year old child, a child who is a member of a minority group, you’d expect and deserve full support from the media, peers, friends. Community is as community does.

As a grownup, not to mention doctor and barrister, one has a serious amount of influence over a small child sitting in a seat on the plane because of an innocent error- as well as a plane full of people. Humans are impressionable. If this family had not called out this behaviour, more impressionable minds would have potentially normalised this slur. And to say it on a plane?? God knows what how has referred to others in the past in less accountable situations.

Doctors, business people, and professionals exude automatic authority. We respect them. Their words carry even more gravitas and authority. But can this man please be held to account like anyone else would be, instead of everyone waiting for it to ‘all die down’?

Sign this petition to send a clear message about what behaviour we find acceptable in our Australian society.

I personally would like QANTAS to ban people who use hate speech against a person of a minority group on their flights. Please sign it if you would like to support a community who are now fearful of a TOTAL lack of consequences when hate speech is used on their loved ones, by standing behind them in spirit.

Because we’re all in the same community here. And no one’s going anywhere.

Kat and her son Parker, who is 5, has Down syndrome, and like the rest of humanity would prefer not to be called names.

“What’s wrong with ‘retard’? I can only tell you what it means to me and people like me when we hear it. It means that the rest of you are excluding us from your group. We are something that is not like you and something that none of you would ever want to be. We are something outside the “in” group. We are someone that is not your kind. I want you to know that it hurts to be left out here, alone.” -– Joseph Franklin Stephens, Special Olympics Virginia athlete and Global Messenger (via r-word.org)

Catia Malaquias also shared her thoughts on the matter as a mum to a nine year old down syndrome child.

Catia wrote: “I was also sadly not surprised by the muted reaction to the dehumanisation and devaluation of a 6 year-old girl with Down syndrome.

“Some bubbles burst louder than others. But the damage is the same.

“The first step is to acknowledge the bubble, the second to show there is no entitlement to living within it.

“Equality of existence means there is only one legitimate ‘bubble’ – the totality of society itself.”

Why have we stopped caring? How did this not make the news or social media?