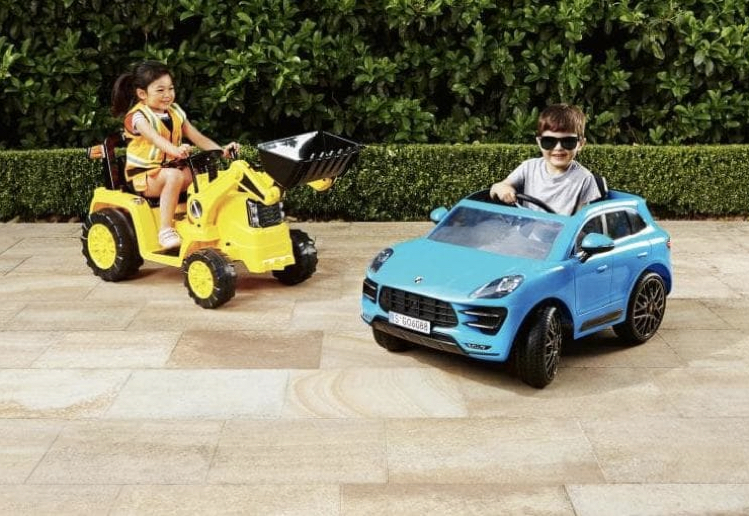 We were expecting queues snaking around the corner at Aldi this morning, but when we ambled into the store around 9am, there were certainly no crowds. In fact, one of Aldi’s most popular items in history, was still right there on the shelves, practically ignored.

It seemed like the popular Aldi buys for this weekend was the camping gear and we also grabbed a super-cool kids tent and inflatable sleeping bags. But the expected buying frenzy on the two motorised ride-on vehicles for kids just didn’t materialise.

Earlier in the week, we told you about the two awesome Aldi kid’s cars, which sold out in 10 seconds last year.
So we totally expected customers to go nutty over the electric ride-ons again.

No Sell-Outs This Year

However, there were just no customers clamoring for the cars this year.

At an Aldi in Sydney’s East, there was still at least one of the super-popular Porche cars on the shelves and there were also several ride-on diggers that were being completely ignored by the shoppers.

There were two super-cool cars on offer – a 6V Electric Tractor with a working dump bucket. It goes up to 4km/h in forward and reverse and works well on grass and pavement.

Then there’s also the luxe 6V Porsche with LED headlights, dashboard lights and sound buttons on the steering wheel.

News.com.au reports that when the doors of Melbourne’s Brunswick Aldi opened there were no parents champing at the bit for the “must-have” kid’s Christmas pressie. Most people were more keen on the camping gear and there was plenty of outdoorsy merchandise in stock so nobody left disappointed.

Fifteen minutes after opening, not a single ride-on had been sold – a huge difference to last year’s frenzy.

I suspect the hefty price tag of $199 may have been the reason. I certainly couldn’t justify making such a big purchase and many people may have felt the same way.

A spokesman for ALDI told news.com.au the limited number of items within the Special Buys range was because they only intended on the products to be on sale for one week.

“ALDI Australia’s Special Buys have become incredibly popular with Australian shoppers and are just one way we distinguish ourselves from other supermarkets,” a spokesman said.

“Our weekly Special Buys are ordered months in advance and are intended to be on sale for one week in a bid to keep our range fresh and interesting.

“We do our best to supply our stores with sufficient stock however, sometimes they sell out faster than expected due to their exceptional value and high quality.”