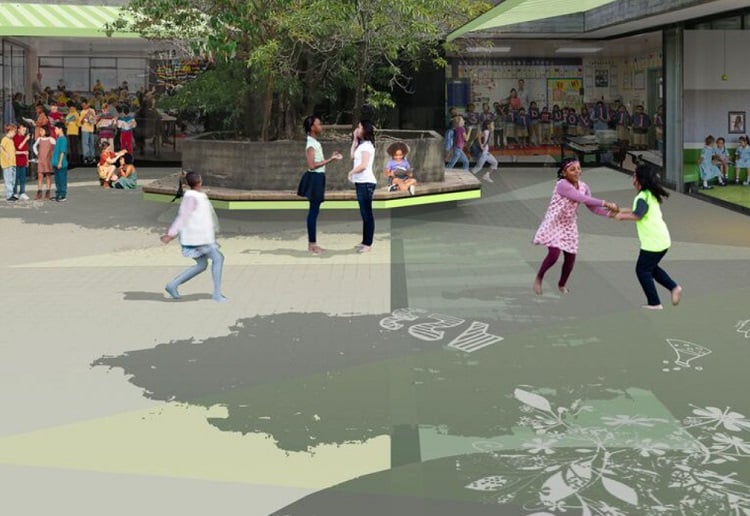 Australian pupils will step through the doors of a new type of school next week, a school that doesn’t have classrooms, exams or levels.

Lindfield Learning Village located in Sydney’s North Shore is the first of it’s kind in Australia and this year the new facility, which cost the NSW Government $40million to build, is offering places to kids from kindergarten age through to Year 10, shared Daily Mail.

The ‘school of the future’ teaches children through project-based activities and aims to give them the skills to solve ‘real world problems’.

This means instead of learning subjects in a single fashion, a child will learn in a collaborative way about multiple disciplines.

There will be teachers, but children will be also be mentored by others who are older than them as well as learn from mixed aged peers.

There aren’t assessments either – at least not in a formal sense.

Principal Stephanie McConnell told the ABC pupils will be evaluated ‘but perhaps not in the way we understand assessment in a traditional environment’.

‘A student might choose a particular point in time when they feel they can demonstrate the learning required to meet a particular learning outcome.’

There is no classrooms with teaching instead being done around ‘waterholes’ which are spaces dedicated to big groups, ‘campfires’ – spaces for small groups working with a teacher and ‘caves’ – spaces for children who want to work on their own.

Not everyone loves the concept though

Many people weren’t convinced this type of educational system was a solution to current learning problems.

One woman wrote: ‘I sort of cringed while watching this. I think giving kids real life problem solving skills is great but there’s so many aspects of this model that are unrealistic.

‘Wouldn’t this model be better if it was paired with traditional learning, particularly English and maths so they actually have the foundational knowledge to be able to solve the problems?’

Another questioned the school’s model of progressing children by ability rather than by age and assessment.

‘The problem with these educational fads is that they think they have to abandon everything that is ‘old’ when in reality the answer is somewhere in the middle.’

Another said, ‘I taught in a school with a similar approach/philosophy. It was beneficial for some students, but for many, it failed the students, which is why I had to leave after 2 years.

‘Let’s hope this new school has done their research. I hope it works well and is a great success because our current education system needs an overhaul.’