Article Blogger Disappointed in Hubby’s Reaction to Trying Her Breastmilk 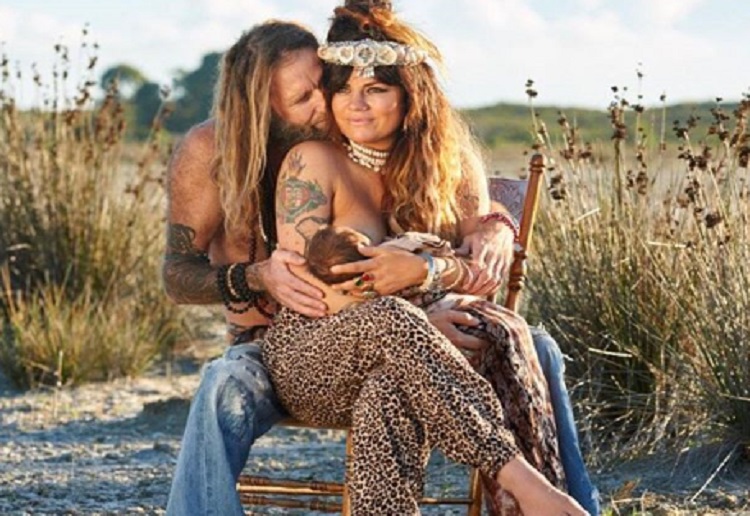 Constance Hall is once again in the spotlight!

One of the controversial bloggers latest posts on Instagram has raised a few eyebrows, because in the video uploaded to her Stories she gave her husband Denim a spoonful of her breast milk.

Constance admits she was trying to get some work done but got sidetracked talking about her breast milk.

“Weird, but we just realised that Denim hasn’t ever really tasted my breast milk,” she explained.

“So I squeezed some into this tablespoon and we’re gonna give him his first mouthful.” 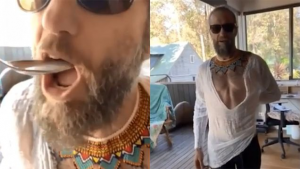 She flipped the camera around to Denim, who looked rather excited about the experience and explained they had been debating about who loves her boobs “the most.”

“I was saying that I love them the most because I like the aesthetics of them,” he said.

“But Raja likes the taste of them, so I’m gonna give it a taste then I’m gonna be the winner of who loves the boobies the most.”

“Mmm, it’s not as sweet as what I thought it would be,” Denim told the camera.

He explained the taste wasn’t exactly “repulsive”, but he thought it was going to be “sweeter” and it was just a bit “bland”.

“It definitely doesn’t taste gross, it tastes fine,” he added.

Constance asked him if there was any sexual feelings while he tasted it and he quickly shot that down.

Later, the blogger admitted she thought Denim would be a lot more into it because he’s “really primal”.

I over heard some teenage girls talking…. “Me and him are really close, he’s really protective of me.” “Yeah that’s like James, he’s so protective of me. Once a guy was rude to me at a party and he had a full on go at him” The girls looked happy with this, they felt loved, protected, precious.. And I couldn’t help but intervene. “You can be cute if you wanna be cute, boys can fight over you, protect you and look after you.. that’s easy. But when you’re powerful, strong, self assured.. respected.. it’s insulting to be protected and fought over. You stand up for yourself and do not need little boys throwing little punches in your honour. You see when a man fights for you, he’s not telling you he loves you. He’s telling the other man that you’re his, that he’s stronger, he’s falling into the toxic masculine culture that holds women down and keeps men angry. So if a boy is rude to you at a party, look for a boyfriend that stands by your side proudly while you defend yourself or simply walks away with you. You don’t need protection when your a warrior women in the making” Be more then cute. Be powerful. Be Queens. ????????

Would your (or has) partner try your breastmilk?