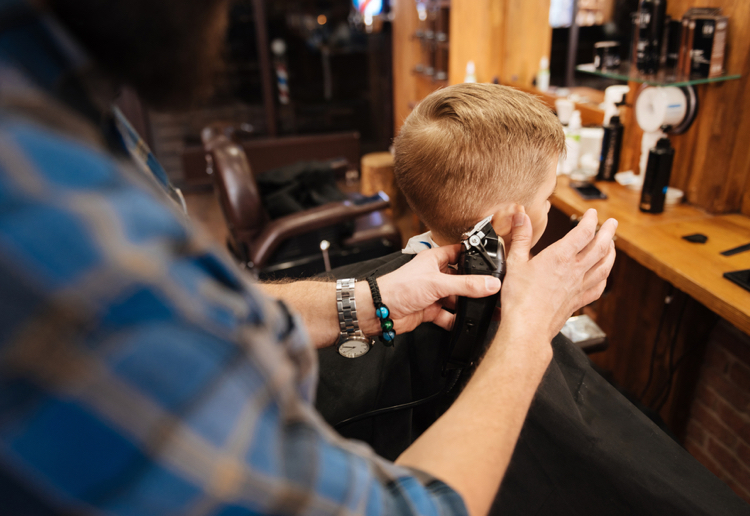 A six-year-old has been ‘banned from lessons’ because his 4cm long mohawk ‘could poke another child in the eye’.

Mum, Kirstie-Lea Day, 26, claims she was contacted by the school and told her son’s hairstyle was unacceptable and he would not be allowed in class until he changed it, reports Daily Mail.

The mother-of-three claims when she brought Charlie back to school this week, she was told she should shave his head or take him home.

Ms Day, who is now threatening to move Charlie to a different school, said: ‘It is not fair for Charlie to be the only one to have to shae his head.

‘It’s just a small, neat mohawk – it doesn’t affect his learning, or the other students. The school said it was not suitable and would distract the other children and him.

‘I was even told he needed to shave his head for safety reasons, as it could poke someone in the eye.

‘I kept Charlie off school for the next three days and when I got a call from the school asking the reason why, I told them ‘because he isn’t allowed due to his hair’.

‘They said that was not the case and said he was allowed as long as he had his hair flattened. It’s not fair, he loves his haircut and the whole situation has affected him.’

Charlie went back to school yesterday with no product in his hair, but Ms Day claims his teacher ‘flattened it with water’.

The school’s states it ‘does not permit children to have ‘extreme’ haircuts that could serve as a distraction to other children’.

Ms Day, a stay at home single mother, added: ‘The school says all kids should look the same, but only Charlie has to change his hair.

‘He’s been naughty these days because of that, yesterday he even came home saying he doesn’t want to go back to school because he doesn’t like his hair flattened.

‘I am now thinking I might have to move him to another school because he isn’t happy there because of it.’