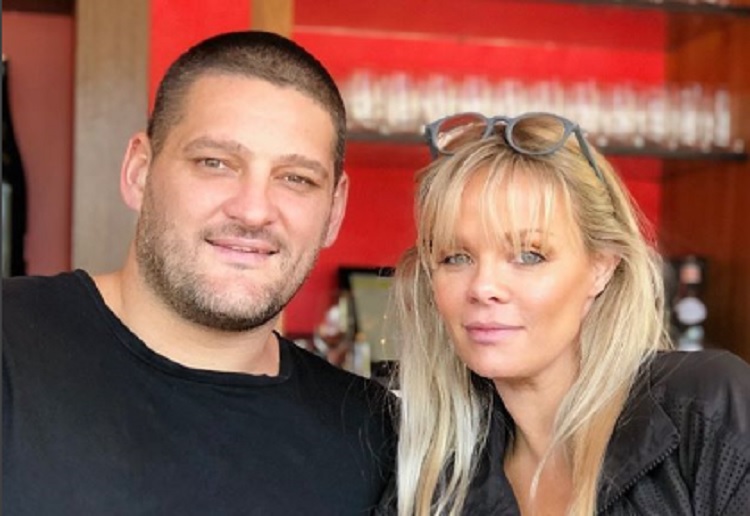 Brendan Fevola and his fiancée Alex have welcomed their fourth daughter.

The retired AFL star made the announcement on Instagram, sharing a photo of himself in hospital scrubs while cradling his newborn daughter.

The prankster yesterday announced that they named their new child ‘Brenda’ as a tribute to her famous father.

‘She is here! Welcome to the world little Brenda Fevola,’ the former Carlton star captioned a photo.

Brendan told Fifi, Fev & Byron on radio that his daughter has ‘a huge head of hair’ and looks just like him.

‘You should see how much hair she’s got! It’s amazing. She looks like me a bit. She’s super cute,’ he said via telephone from the hospital.

TODAY while speaking on his Fox 101.9 breakfast show, he told co-host Fifi Box: ‘Hey Fi, I got you! Her name is not Brenda.’

Must admit I did think he was probably joking, but it felt too read to say anything just in case it was her name!

When your both rocking grouse pyjama pants ???? 5 weeks to go @alexfevolamakeup you look amazing such a beautiful mum, can’t wait to meet our 4th daughter ???? #belly #baby #pregnant #girls #family #love #imexcited A post shared by Brendan Fevola (@brendanfevola25) on Oct 19, 2018 at 1:36am PDT

Didn’t think my life could get any better @alexfevolamakeup you are amazing. I love you more than words can say. Me and our 4 daughters are very lucky people to have you as our General ❤️ #grousehair