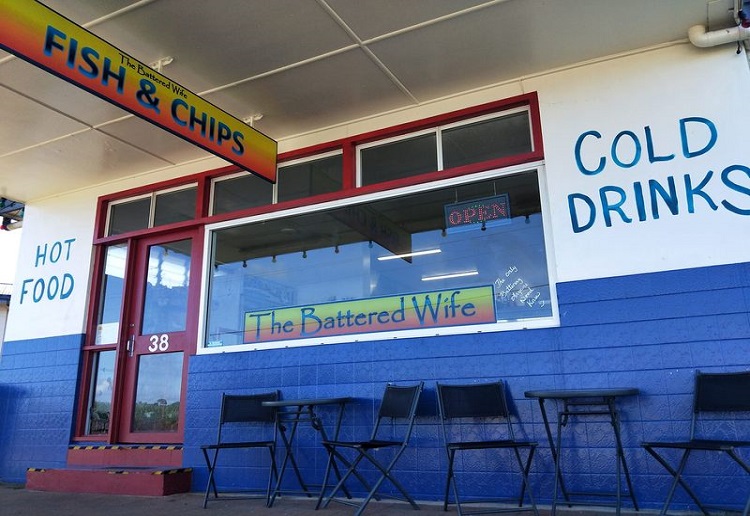 The owner of a fish and chip shop denies accusations she condones domestic violence amid a backlash over her business name.

Carolyn Kerr said she chose the name ‘The Battered Wife ‘- and her slogan ‘The only battering anyone need know’ – more than a year ago to raise awareness of violence against women, not promote it.

The Queensland business owner said she witnessed the horrors of abuse when she was a police officer and wanted to take a stand, reports 9 news. 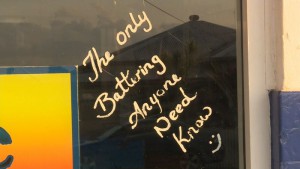 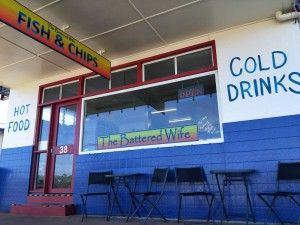 “There is a lot of beautiful intelligent women out there, really bad situations, and to assume that I was making light of the subject, that I was promoting it [domestic violence] … The way it was misconstrued is quite offensive,” Ms Kerr told Today this morning.

She continued: “No-one seems to be standing up for it [speaking out about domestic violence]. This is my little way of just digging my heels in a little bit and saying, ‘enough is enough’.

“Our local shelter in Innisfail here, I have been told it has had their funding virtually cut off in this financial budget. Down in south-east Queensland, Brisbane, the cities and all the rest of it, there is a lot of choices … Up here there is virtually nothing, virtually nothing. It is so difficult.”

The name was a “play on words” because, as a fish and chip shop owner, she “makes good batter”.

“Originally it was suggested to me as a little bit of a joke. It seemed like something with a bit of spark that could provoke questions but also the play on words the shop itself being a fish and chip shop ,” she told Today.

“Even though it’s a fish and chip shop, first and foremost, ‘The Battered Wife’. I make good batter. I am married to my business.”

Ms Kerr has copped vicious online abuse over the name, with a barrage of Facebook posts describing it as “disgusting” and “trivialising domestic violence”.

Do you think it is offensive?