Article Cans Of ‘Pure Fresh Air’ Being Sold For $100 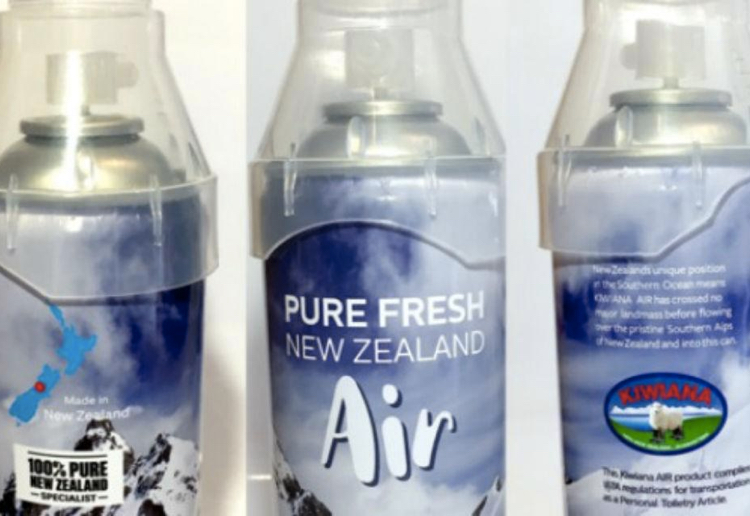 Breathe deeply! That air that you’ve just taken in has cost around $100.

That’s right, you can know buy cans of fresh air from across the ditch in New Zealand. And they don’t come cheap at $100 a pop.

Journalist Damian Christie shared on Twitter a photo of a few cans of ‘Pure Fresh New Zealand Air’ which were displayed at a duty free store at Auckland International Airport. The cans were priced at $98.99.

Buying four cans at once saves customers $20 off the normal retail price – great value, that!

‘We have hit peak capitalism,’ a person commented.

The canned air comes equipped with breathing masks and are sold by a company called Kiwiana. You can also buy five-litre cans on their website for $34.50 each, as reported in the Daily Mail.

The Purest Air You Will Breathe

‘New Zealand’s unique position in the Southern Ocean means Kiwiana Air has crossed no major landmass before flowing over the pristine Southern Alps of New Zealand and into this can,’ the text on the cans reads.

‘High in the Southern Alps of New Zealand above the snow line and hundreds of kilometres away from civilisation or any human activity is where the air in your can has come from,’ the website says.

‘This is the purest air you will ever breath (sic).’

Please tell us you think this is ridiculous! Share your comments below.