Article Childcare ‘Disgrace': 65 Cents A Day Being Spent On Food 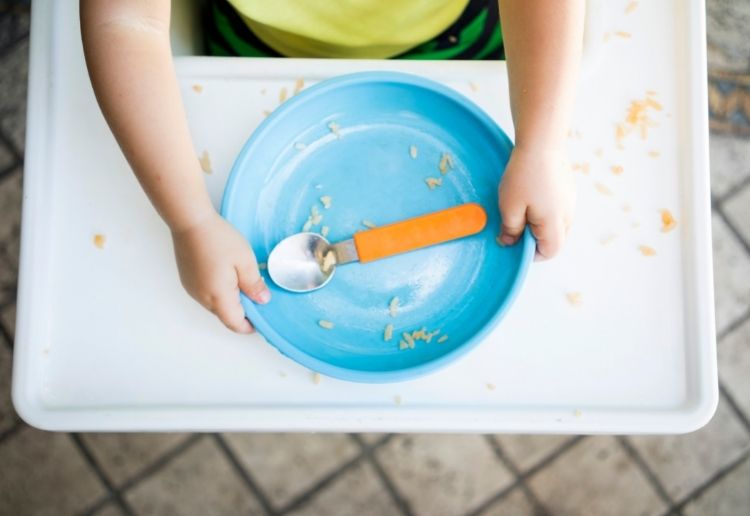 Educators say parents would be ‘disgusted’ to know what their children are being fed at some Australian childcare centres, with claims kids are ‘going hungry’ and eating food off the floor due to paltry food budgets.

The United Workers Union surveyed 388 workers in early childhood education, including cooks and directors, with almost half claiming the children at their centre aren’t provided with enough high-quality food.

Also revealed in the report Children Going Hungry, the food budget at some centres is as low as 65 cents a child, with the average overall for food budgets at $2.15 per day, per child.

“As a parent, I would be disgusted to know what was served each day taking into consideration the daily fees that are paid,” said one survey respondent.

Another survey respondent said children are being offered rice and pasta at every meal ‘due to cost, not nutritional value’.

“Given the guidelines that need to be followed by Nutrition Australia there is not enough money to go around,” said another survey responder. “We swap out quality meat for cheaper cuts and get vegetables and fruits as seconds, not to mention trying to ensure children with special dietary requirements and allergy have what they need. How is it fair to charge a family so much then only allow $1.80 a day for food?”

‘Children are eating off the floor’

Other childcare employees said the children ‘are always still hungry’, which impacts their behaviour, with claims children are getting ‘cheap food with lots of additives’ or they’re being told to ‘give the kids crackers with their food to fill them up’.

“There is not enough, and if parents were made aware of children eating food off the floor because they were hungry, they would remove them from the centre.”

United Workers Union Director Early Education Helen Gibbons said spending as little as 65 cents on a child for food is a ‘disgrace’.

“Parents in Australia pay some of the highest out-of-pocket costs in the OECD. Yet many centres, especially among for-profit providers, are cost-cutting to increase profits while children go hungry.

“Educators who cannot stand to see children without enough to eat are buying food staples out of their own low wages, in a sector that is unsustainable for workers, children and parents. This cannot be allowed to continue. Parents deserve to know how much of their fees are being spent on feeding their children.”

The union is calling for urgent action on early education food budgets.