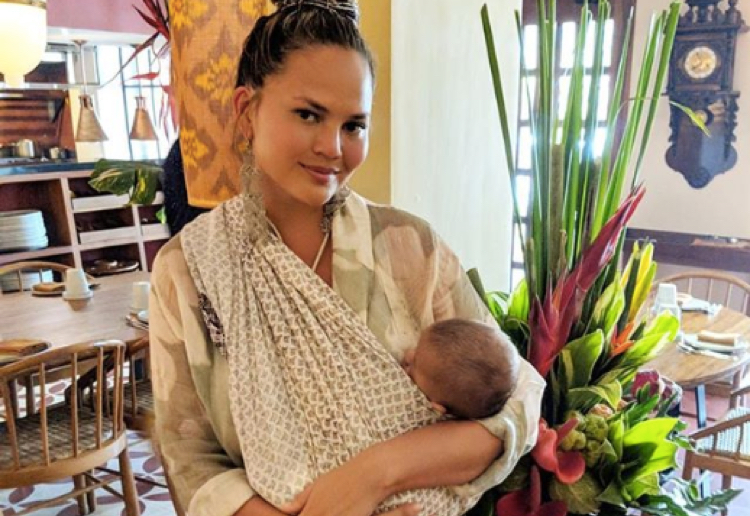 As we know Chrissy Teigen is certainly no stranger to mum-shaming. So her response to this troll is pure gold!

Hubby, John Legend, shared a photo of Chrissy, and the two children — Luna, two, and Miles, five months — and mother-in-law, Vilailuck Teigen, backstage on the set of The Voice.

While Luna cuddles with her grandmother and plays with a cellphone, Chrissy smiles at the camera while feeding her son with a bottle.

“You no longer breastfeed?” someone wrote in the caption of John’s post.

But Chrissy was quick to jump in and reply. “John never breastfed Miles,” she responded.

“She’s so witty. I would just say ‘bitch mind your business.’ This is why I’m not famous. Lol,” one person complimented the mum.

Other fans have also come to Chrissy’s defence to acknowledge that the question was totally unnecessary.