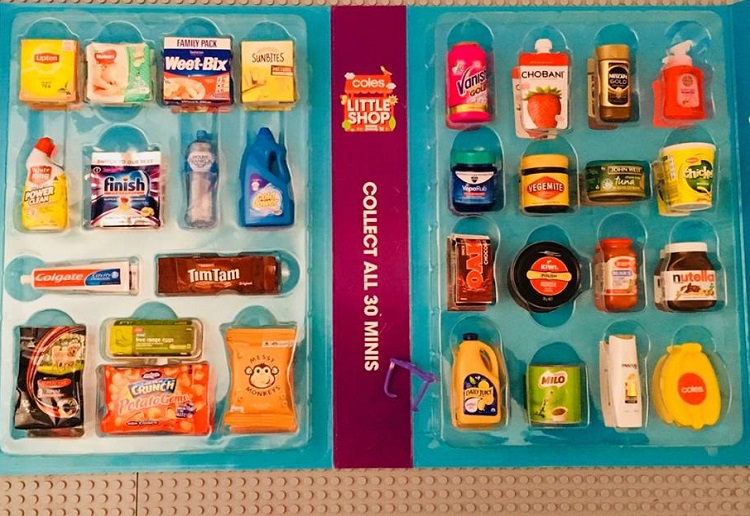 A NSW woman uncovered a Coles Mini Shop scandal — and parents are outraged.

“This morning my mother went into Coles, Yamba NSW. She was going about her shopping when she got to the self serve area and overheard two staff bragging about how a box of the collectable cases came in this morning, and they were all gone to staff already,” the woman posted.

“My mum spun around and said excuse me? To which the girl responded we are apart (sic) of the community too we can get them — mum said not while you’re in that uniform at work and not spending money as a paying customer outside of work hours you’re not.

“Mum put in a complaint at the service desk and told him she would be ringing the manager when she got home — she did ring and the second in charge said he was told about her complaint and that he had been around taking folders off staff members.

“She ended up ringing head office about it and they said this has been happening with staff all over the country … WHAT THE HELL. They were no help and wouldn’t even call back and let us know what had been done about it.” 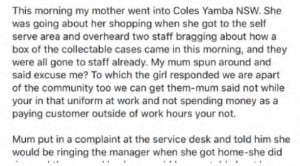 The post was inundated with outraged replies, with many parents slamming the “greedy” staff members, and some calling for them to be fired.

When contacted by news.com.au, a manager at the Yamba store said he could not comment on the allegations — but he confirmed cases had been “retrieved from staff” and had been made available to the public again, and that the customer who made the original complaint had been informed.