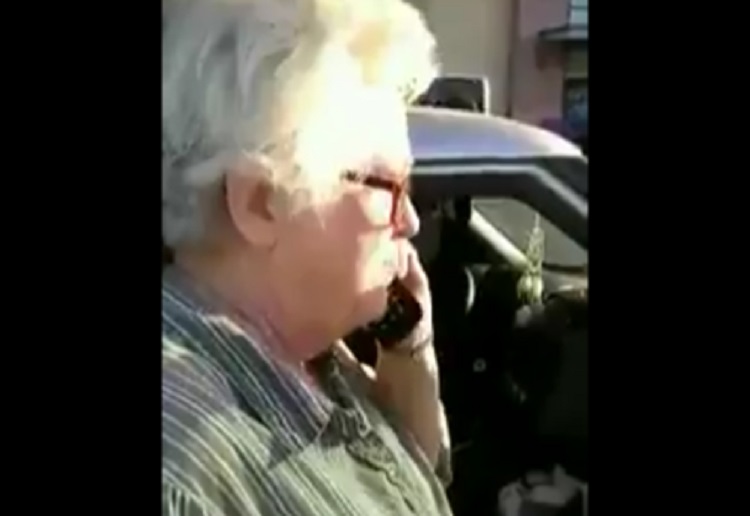 An elderly woman called the police on a mother sitting in a car with her baby and social media users are left shaking their head.

Over the weekend, the hashtag #ParkingLotBarbara flew through Twitter due to a video featuring a California woman calling law enforcement on a mother and her baby who were sitting in their car, shares Yahoo 7.

The woman was concerned, she said, because the child wasn’t properly shielded from the sun’s rays.

“She’s not in pain – she’s sleeping in her car seat,” the mother said to the woman. “What are you doing? Tell everyone what you’re doing.”

The woman, who has called the police, speaks into the phone, “I have this child here in this car at the PetSmart parking lot and the sun is kind of beating right at the baby’s face in the back seat. She’s still in a little car seat, I don’t know how old he is.”

“In the car with her!” insisted the mother.

“No you’re not, you’re out here yelling at me,” was the woman’s response.

The mother’s husband then emerged and the woman places the call on hold.

“Because he’s acting sane – you’re screaming at me,” said the woman, adding that she hadn’t seen an adult present. Then she turned to the mother – who pointed out that she did see her.

The husband then asked the woman to admit her mistake, and she replied, “Yes, I can see that she’s OK now.”

While the people in the video haven’t been identified it was shared on Twitter @Blk_Hermione alongside the words “A California white woman calls the cops on [a] Hispanic mom who was sitting in her air-conditioned car with her baby. Why can’t these racists leave POC alone and mind their own damn business?”

A majority of users on Twitter claimed the elderly woman’s actions were racist and that she escalated a clearly innocent situation; others argued that she had good intentions and simply got confused.

A California white woman calls the cops on Hispanic mom who was sitting in her air-conditioned car with her baby.

Why can’t these racists leave POC alone and mind their own damn business?