Article Couple Who Can’t Smile Are Getting Married 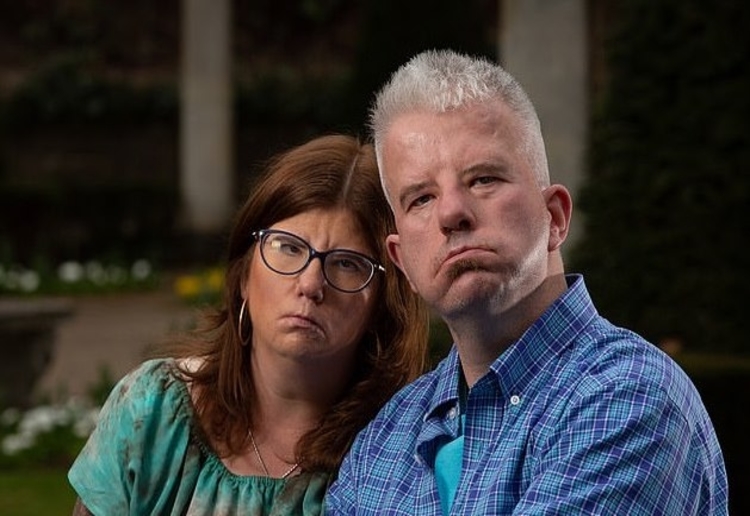 Even though a rare facial condition prevents them from smiling, this couple is thrilled to be tying the knot.

English born Alex Barker and his soon to be wife Erin Smith from the US, met online and are set to be engaged after just four dates, The Daily Mail reports. While most couples look for common interests and hobbies when choosing a potential partner, Alex and Erin had something else in common that affects less than 1000 people worldwide.

The couple both have a rare condition known as Moebius syndrome, which causes a paralysis of the cranial nerves, preventing sufferers from changing their facial expressions, and met through an online support group for people with the syndrome.

Erin says, “At first, I would never have thought I would fall in love with someone that was born with the same thing I was. But I mean it’s not just the Moebius, we have a lot of other things in common too. It is so nice to meet someone that understands me for me.”

Alex agreed, pointing out that the couple is able to communicate their feelings in other ways. “I can tell when Erin is happy because she always puts her head on one side and goes ‘ooh’…we know each others mannerisms…there is a lot of non-verbal communication that goes on.”

The couple both experienced severe bullying as children and have struggled to establish relationships in their adult life due to the condition. As a result, they did consult doctors about what the future may hold and have been reassured that any children they may have in the future won’t necessarily have the syndrome.

For now, however, the couple are just enjoying finally being able to be together. Though they chatted online for three years, they only had four dates in person before Alex proposed to Erin on a trip to the Santa Monica pier back in July 2016. While it isn’t known whether they will settle in the US or UK, we think this is a beautiful love story no matter which continent it continues on.

There’s really nothing better than finding someone who understands you and loves you for who you are.

Do you and your partner have something special in common? Tell us in the comments.