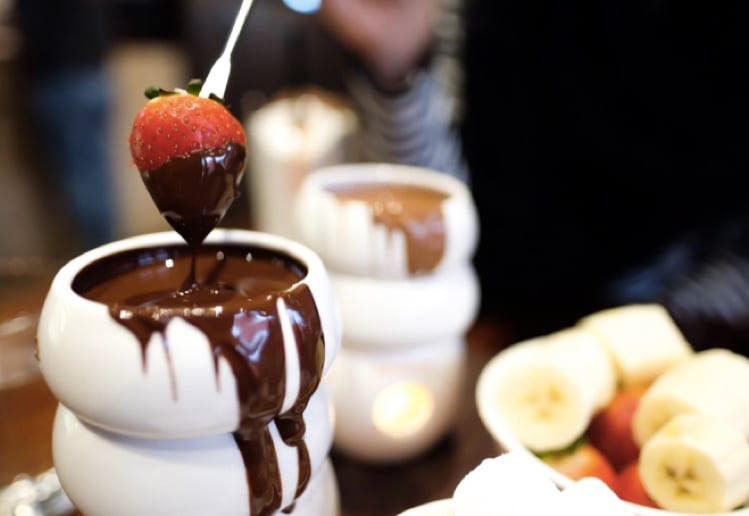 I LOVE Max Brenner! But clearly, even though I feel like I buy enough hot chocolates and waffles to feed an army, it clearly wasn’t enough to keep the luxury chocolate chain of stores in business.

Recently we shared the sad news that Max Brenner had declared bankruptcy and dived head-on into voluntary administration.

Rising costs and slow sales is understood to be the reason behind this seemingly abrupt decision.

As reported in news.com.au, administrators McGrathNicol were appointed to undertake an urgent review.  The company assured loyal customers that the chocolate will still be flowing, until further notice, that is.

Today news.com.au have shared that the company has been rescued from liquidation by investment office Tozer & Co.

The firm which is operated by brothers David and Craig Tozer, struck a deal last night to acquire the licence for Max Brenner’s Australian business.

It’s understood a deal was struck last night to scoop the business out of liquidation and stabilise the chain’s remaining 17 stores.

“In conjunction with the franchisor, we are excited by the prospect of investing, growing and developing a highly successful business,” David Tozer said Tozer & Co told Fairfax. “The brand has a rich history across the world and also within Australia.”

The company says it will keep the restaurants open and trading as usual as it seek to finalise a transaction over the coming months.

What Is Going To Happen To All The Jobs?

McGrathNicol is reported to be considering selling the chain or recapitalising the business, which has about 600 staff.

news.com.au spoke to business trends expert Dr Lauren Rosewarne from The University of Melbourne, who talked about the reasons for this disappointing news.

Dr. Rosewarne cited one of the main reasons for the chain’s decline being a change in Aussie food habits.

“When Max Brenner opened in Australia in the late 1990s the food scene was very different,” she said. “Now, artisanal chocolate and associated shops and cafes are everywhere: the novelty of Max Brenner has largely faded.

“The rise of social media and our embrace of lining up for pop-up, limited edition food items that we can then Instagram has replaced the notion of dipping into a personal chocolate fountain which feels quite dated now.”

Where Are We Going To Get Our Chocolate Fix Now?

Locally, Max Brenner is owned and run by husband and wife team Tom and Lilly Haikin. The first cafe was opened in Sydney’s Paddington in 1999 and then expanded throughout the country.

There are now 15 stores in NSW, 12 in Queensland, five in Melbourne, two in the ACT and Western Australia, and one each in South Australia and the Northern Territory.

Max Brenner was originally founded in 1996 in Ra’anana, Israel, by Max Fichtman and Oded Brenner who combined their names. The business began as a small shop selling handmade chocolates.

The stores have opened in various global locations, including US, Japan, Singapore, Russia and China.

The Australian Financial Review reported that there were rumblings that all was not well in August 2017, when Glenn Wein, the former head of the Packer family’s Consolidated Press Holdings, was considering a “rescue” package to save the business, which owed about $50 million at the time.

McGrathNicol issued a statement saying it is working closely with Max Brenner’s management team to come up with a solution to the chain’s financial problems.

“All Max Brenner stores will operate on a ‘business as usual’ basis with minimum disruption whilst the Administrators complete their urgent review of the operations,” it reads.

“We are assessing the prospects of completing a going concern sale of the business or a recapitalisation through the Voluntary Administration process.”

What is your favourite Max Brenner treat? Share it with us below.