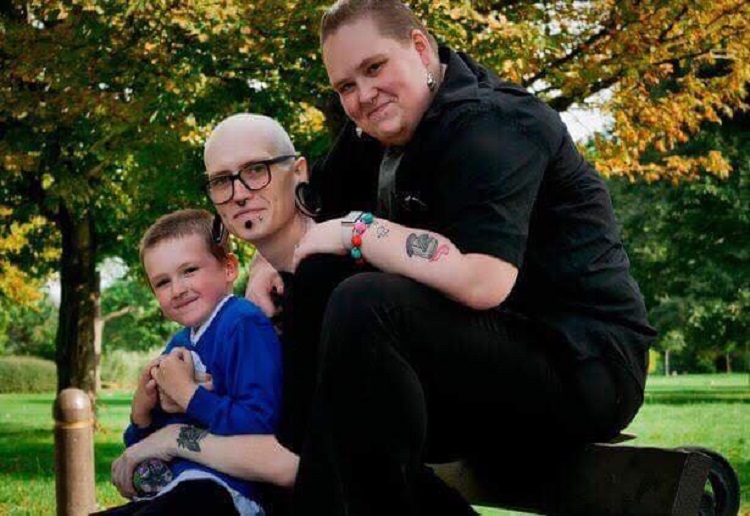 Britain’s first gender-fluid family are preparing for total transformation as both parents are set to have gender reassignment operations.

Louise and Nikki Draven, who are parents to five-year-old Star Cloud, are planning to undergo the surgery and be in their ‘ideal bodies’ by the time their son is ten.

Biological father Louise, 32 – who Star already calls mummy – is to become a woman and said the change has been ‘a long time coming.’

Star’s biological mother Nikki is set to undergo a female-to-male procedure and will be called Charlie.

Their son is free to play with any toys he likes and paint his nails at home – said they worry ‘like all parents do.’

They said: ‘If we waited until Star was older, he’d spend his childhood with parents who felt incomplete.’

Star is being raised as gender neutral – with his parents focusing on raising a ‘person’ not a ‘boy’ – is said to have a ‘five-year-old’s understanding’ of the families situation.

Although describing Star as well-adjusted Charlie did say he has started asking questions.

‘Recently he asked why I had to wear a swimsuit at the pool and not trunks like other daddies. I tell Star mummy is going to a special doctor who will take away her ducky, which is Star’s word for penis.’

‘Neither of us gets hung up on the gender we were born as,’ Louise, 30, said. ‘We don’t want our child constrained by that either. We’re just an ordinary family being who we want to be.’