Article Granny Get Your Gun! Grandmother Shoots Grandson For Putting Teacup on Furniture 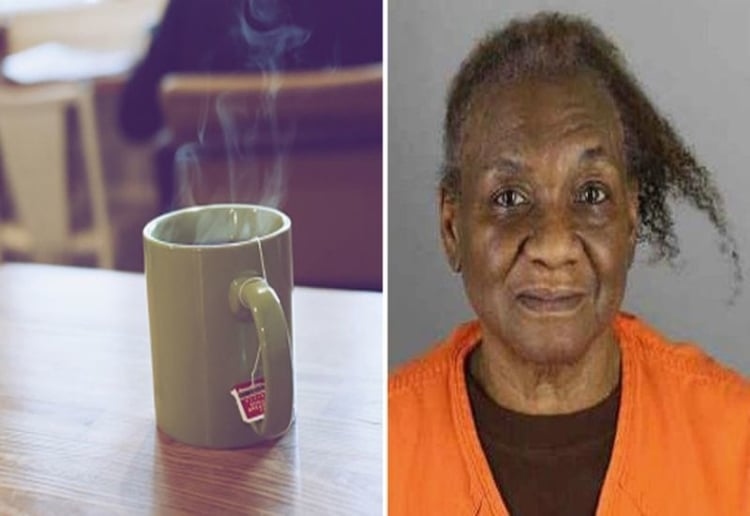 A grandma has reportedly shot her grandson for putting a cup of tea on her wooden table.

Helen Washington, a 75-year-old grandmother from Minnesota, USA is accused of shooting her grandson after she repeatedly asked him to take his cup of tea off her wooden table. When her grandson ignored her request, she left the room to throw his tea away and retrieve her shotgun, local media reported.

Hmmm…not an overreaction at all…

Upon returning to the room, Ms Washington realised her grandson had poured himself a new cup of tea and persisted in placing it on the table. Overcome with frustration (and, we think it’s fair to assume, a moment of insanity) the trigger happy granny shot her grandson in the thigh.

When they arrived at the scene, police officers found a revolver with five rounds of ammunition, along with Ms Washington’s grandson lying injured in the front yard. He told them that his grandmother had shot him. They charged Ms Washington with second-degree assault with a deadly weapon. Despite the undeniable evidence, she told the authorities that she didn’t believe she should go to jail.

Ms Washington is set to appear in court on 18 December. What an interesting day that will be…

I’m just glad that my grandmother’s lethal weapon is her sinfully delicious baking and not a rifle hidden somewhere in the pantry!

Have you got a story of an incredible overreaction? Share it in the comments below!