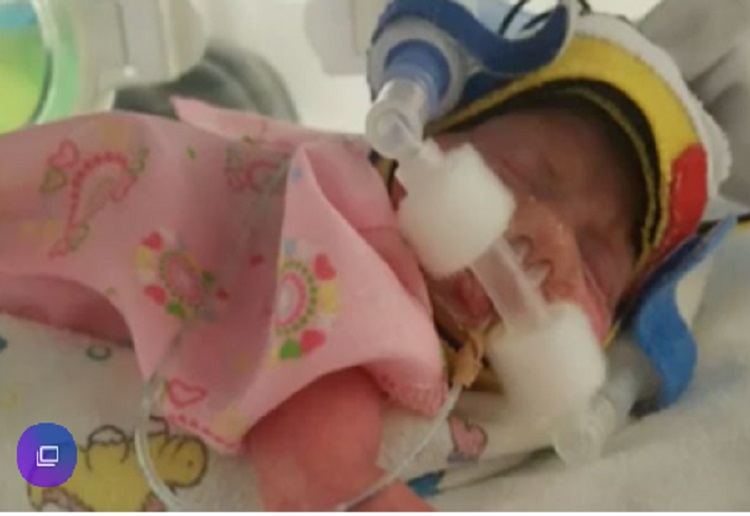 A common pantry item has helped give a premature baby a chance of a “miracle” survival, guarding her from potentially deadly bacteria.

Kimberley Phillips was only halfway through her pregnancy when her waters broke. She gave birth to little Isabella, born at just 23 weeks, who weighed in at a tiny 540 grams, reports Yahoo 7.

Doctors said they would not have worked to save the premmie baby had she arrived two days sooner.

It was Isabella’s skin that was the biggest concern for the doctors.

But today the 16-month-old continues to stun doctors – she’s healthy and developing just like any other little girl.

Researchers believe coconut oil may have played a part in Isabella’s survival.

“Because they’re born so prematurely, their skin is only made to support them inside the womb, not outside,”research clinician Dr Tobias Strunk said.

“Their skin is under developed, it’s really thin.”

It is how bacteria gets into their tiny bodies, often causing disabilities, or even death.

Perth researchers are now looking into how they can coat and protect the skin of other premmie babies using coconut oil.

“We have done a pilot trial that has shown that coconut oil indeed improves skin condition in extremely pre-term babies,” Dr Strunk said.

Not only does it protect and nourish the skin, it also has antibacterial qualities.