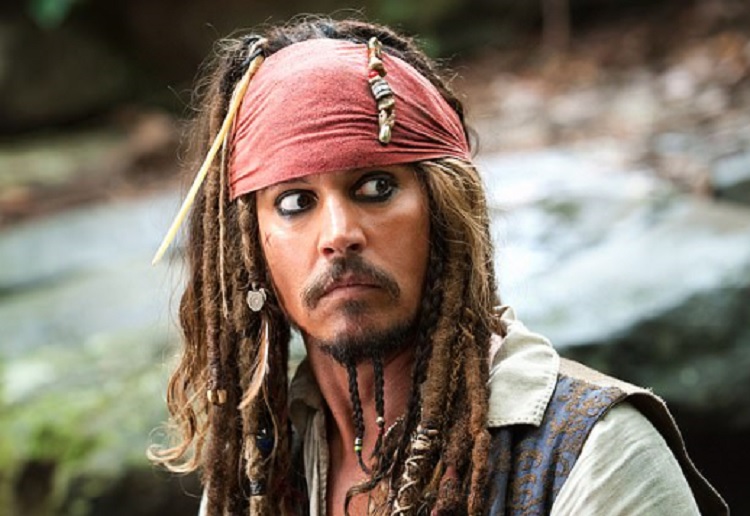 Is this the end of Jack Sparrow? Johnny Depp has been dropped from the Pirates of the Caribbean film franchise as Disney Studios plans a major reboot.

DailyMailTV can reveal despite Johnny Depp playing the major lead in five Pirates movies over the past 15 years it appears Captain Jack Sparrow has made his final voyage on the Black Pearl.

Original Pirates script writer Stuart Beattie is the first to publicly confirm that Disney Studios appears to be ditching the star as they rework the entire franchise.

Depp, 55, who has endured personal dramas over the past four years, saw his last outing as Sparrow in Dead Men Tell No Tales, which became the lowest performing movie of the films.

Speaking exclusively to DailyMailTV at a red carpet event in Hollywood, Beattie confirmed on camera the reboot means Depp is out as Sparrow.

Nodding when it was suggested Depp was out, he said: ‘I think he’s had a great run. Obviously, he’s made that character his own and it’s become the character he’s most famous for now.

Please say it is not the end of Jack Sparrow!