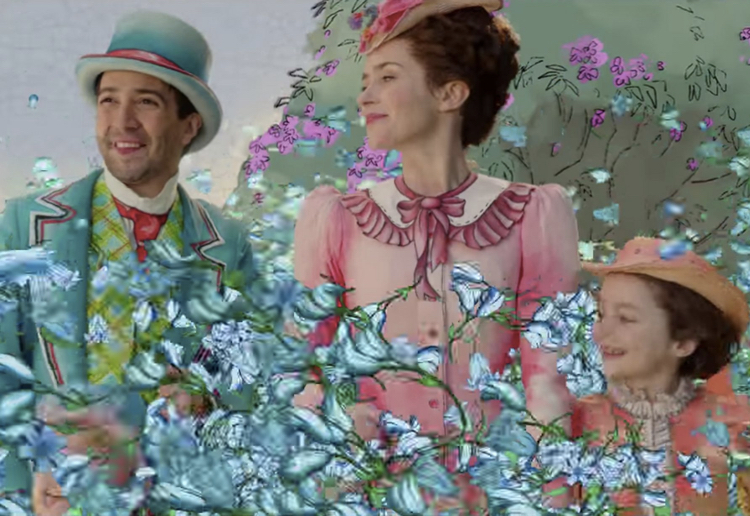 Mary Poppins Returns is coming soon and it looks all set to be the smash hit of the new year.

The sequel to this iconic family film, stars Emily Blunt as the much-loved nanny. This is the second trailer released by Disney and it reveals even more magic of this musical.

The trailer begins with the grown-up versions of the Banks children –  Michael (Ben Whishaw) and Jane (Emily Mortimer)  going through their old childhood things, including a kite, which Michael’s son Georgie (Joel Dawson) is later seen flying with lamplighter Jack (played by Lin-Manuel Miranda).

As they fly the kite, the clouds part and Mary Poppins descends to from the sky, leaving Michael and Jane shocked.

Mary Poppins Is Back!

Poppins announces that she has come to “look over the Banks children” once again, not only Michael and Jane, but also Michael’s kids Georgie and Annabel (Pixie Davies).

The Banks family have fallen on hard times – Michael could lose his home and his kids miss their mum, who seems to have passed away.

We also get a brief preview of the musical numbers, with music by Marc Shaiman and songs by Shaiman and Scott Wittman.

Rob Marshall, the director of the movie shared that he felt that Blunt was the only person who could re-create the Poppins character, originally portrayed by Julie Andrews in the original 1964 classic.

Mary Poppins Returns will be released on New Years Day. We can’t wait!

Watch the trailer below