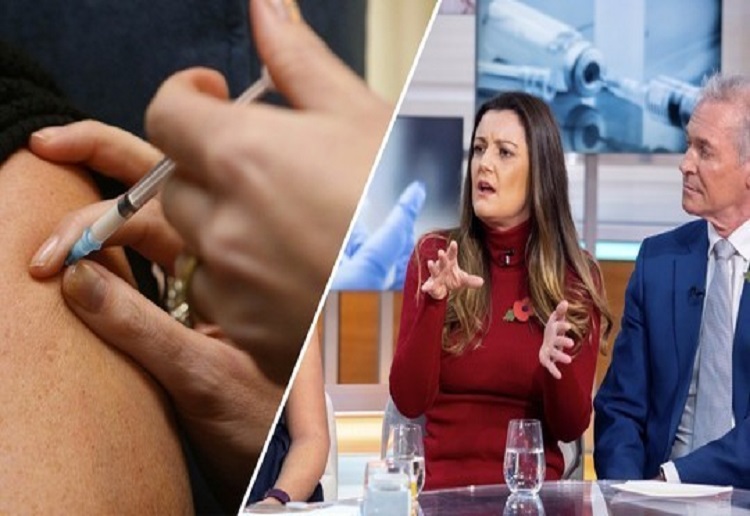 Good Morning Britain viewers have slammed a mother who claimed the MMR vaccine ‘doesn’t work’ and measles is not serious.

Biba Tanya appeared on the ITV show in a controversial segment about vaccines – but has been accused of shouting over the resident Dr Hilary Jones, the hosts and other guests.

The mother-of-three, criticised parents who “break the skin and shoot [their children] full of toxic adjuvants,” claiming vaccinating your child is the worst possible thing you can do for their wellbeing.

Dr Jones quickly corrected her claims, which prompted outrage among dozens of angry Twitter users who say public health is at risk because of views like hers.

Viewers have called Ms Tanya a ‘screaming banshee’, ‘a deluded old b****’, ‘nasty’ and ‘very aggressive’ because of her row on television.

The MMR vaccine has been proven to be safe and effective but many parents are still afraid it could harm their children, a myth which has spread online.

Ms Tanya claimed measles is ‘not a killer disease in a healthy child’, arguing that children who had died in the past had been unhealthy to begin with.