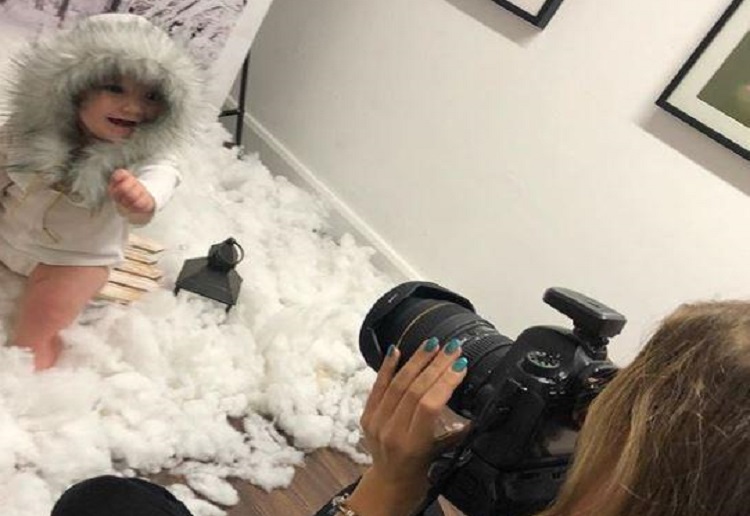 A mum has revealed that she edits photos of her 11-month-old baby to make her look ‘more professional’ on Instagram.

“I’ll take photos of her and edit them,” 20-year-old Danielle told The Sun.

“I wouldn’t say I’m improving her appearance as such, just making her look more professional for companies.”

“She is very photogenic. Removing her minor flaws is just like altering the lighting – it makes companies happy because the photographs looks professional, rather than as if they were taken on a mobile.”

Danielle said companies gift her free clothes and she posts pictures of Isla Rose on Instagram to her 1200+ followers.

However, she claims the pictures have to be as professional as possible and her daughter ‘can’t be red and snotty’ in them.

The mum admitted that she’s put ‘sparkly’ nail polish on the tot and from next year she plans to let her start wearing makeup, like lipgloss and powder.

Danielle said she hopes one day Isla Rose will become a model and revealed she’s already enrolled her in beauty pageants.

She knows some people will say she what she is doing is wrong, but has not had any obvious abuse.

“No one has objected to my face, but I am certain a lot of people think it,” she said.

“But she enjoys it. And if she wants to stop when she is old enough she can at any time. I would never force her into anything.”