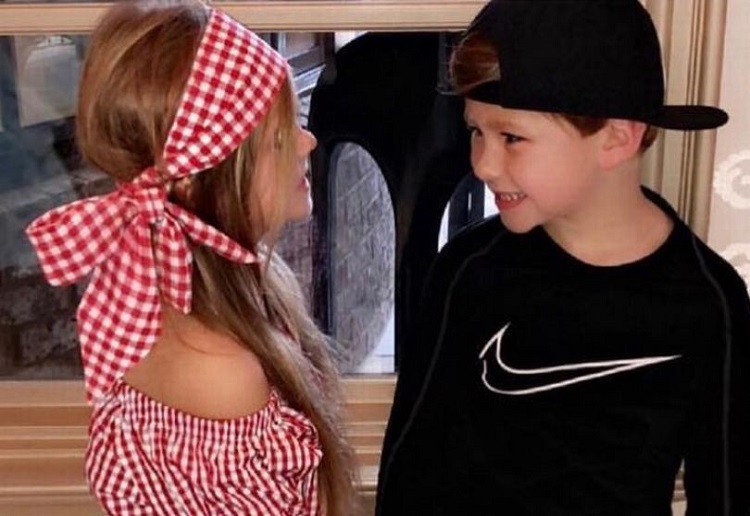 A mum has been slammed for allegedly editing a photo of her young child for social media.

The Mum was branded ‘repulsive’ after ‘photoshopping’ picture of four-year-old daughter to make her bum look bigger, shares The Mirror.

Real Housewives of Atlanta star Kim Zolciak-Biermann has come under fire on social media after posting a picture of her youngest children, Kaia and Kane, on Instagram.

Initially there appeared to be nothing wrong with the cute photo of the four-year-old twins, but then Kim’s oldest daughter, Brielle Biermann, posted the same image on her account – and there were some noticeable differences between the two.

The Instagram page @thegoodthebadandthefake shared both the photos side-by-side and pointed out the way Kaia’s nose looked like it had been slimmed down and her bum had seemed to have been photoshopped to look bigger.

For those of you that still can’t see it. It’s not taken from a different angle, it’s not a filter, it’s the same exact image just photoshopped by her mother. #shephotoshoppedher4yearold #photoshop #kimzolciakbiermann #kroybiermann #kimzolciak #rhoa #bravotv #dailymail #sad

They captioned the post: “4 years old! This is sick!”

Brielle’s post has since been taken down, but that hasn’t stopped people calling out her mother.

The 40-year-old mum-of-six has been branded “disgusting” and “repulsive” over the changes she is accused of making to the photo.

One person commented: “This woman legitimately edited the bum and nose of her own daughter in this photo!? It’s absolutely repulsive.”

Do you think it is photoshopped?