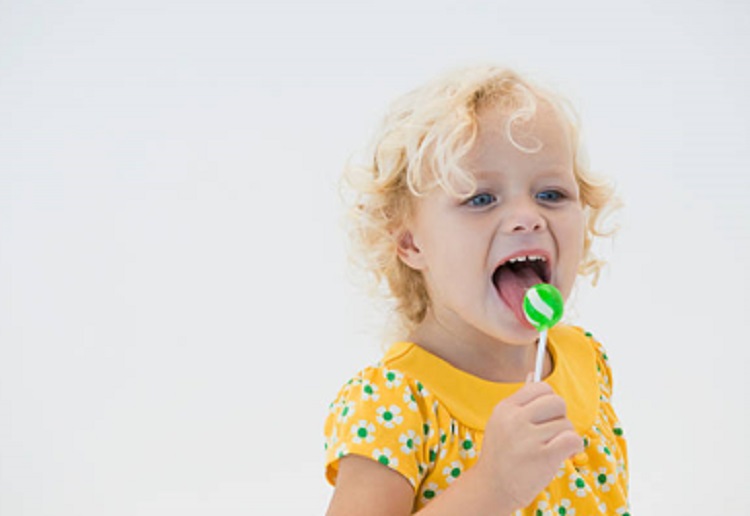 A mum whose daughter nearly choked to death when a lollipop became lodged in her throat is calling for the sweets to be banned from shelves.

Shannon Mcwilliam, 24, was left in tears as she frantically tried to dislodge the fruity blackcurrant lolly from three-year-old daughter Ariah’s throat as the youngster choked, turned purple, and lay on the ground shaking for three minutes, reports Yahoo.

The petrified mum-of-two, from the Scotland town of Dumfries, pounded Ariah’s back before the youngster was rushed to hospital and spent 24 hours needing round-the-clock care.

Ms Mcwilliam claims the Swizzels lollipops, found in Halloween-themed ‘Trick or Sweet’ packets, are dangerous for children as they don’t have a hole going through it to allow for airflow – and is now calling for them to no longer be sold. 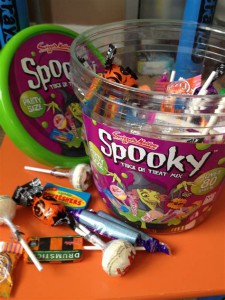 “It was the worst night of my life, I’ve never experienced anything like that. I was living a nightmare.

“Ariah suddenly flung herself onto the floor holding her neck. Her back was arched back, and she was shaking and moving up and down,” the mother said.

She claims the lolly slipped off the stick without any biting or pulling and it was still roughly its original size.

“She was crying trying to scream for help but nothing came out. I didn’t think I was going to get her free, I felt like I was trying for ages, but nothing was working.”

Ms Mcwilliam tried to stay calm to not scare her shaken girls but couldn’t contain her tears when Ariah’s face turned a pale purple.

“When I saw her colour transform like that, I thought I was running out of time, I felt like I was going to lose her.

“It took three minutes before it came loose, but it felt like a lifetime. I thought time stood still.

Ariah was then rushed to hospital where she was put on 24-hour care.

The mum claims lollipops that don’t have a hole going through the sweet to allow for airflow are “potential killers” that shouldn’t be sold on shelves when they can harm children.

“I want to get it out there that lollipops are dangerous, and anything can happen if you’re looking away for just a couple minutes.”

Since sharing Ariah’s terrifying experience with others, Ms Mcwilliam has heard stories from other parents who said their child actually died after choking on lollies.

Something we all need to be aware of! I have actually purchased these myself in a big tub at Christmas time from Catch of the Day.