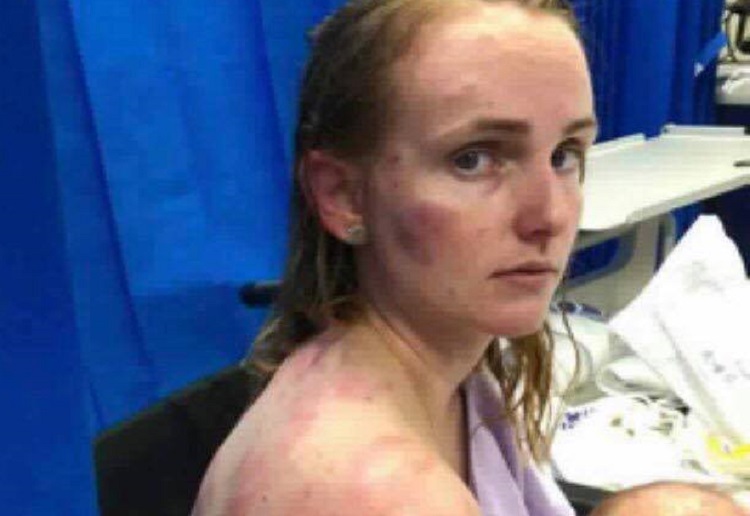 A mother has been left covered in cuts and bruises after trying to protect her baby daughter when they were caught up in a dangerous storm.

Residents of Tansey, a small town 250km north of Brisbane, woke up on Friday to destroyed homes and farms.

Southeast Queensland will continue to be smashed by wild weather over the next few days, hindering the clean up.

Fiona Simpson was driving with her grandmother and baby during the storm when chunks of ice smashed through their car windows and struck them.

The hail left bruises and cuts across Ms Simpson’s face and back, and hit her daughter on the head – despite the mother’s desperate attempts to shield the child with her body.

Ms Simpson posted photos of her shocking injuries to Facebook.

‘I’ve learnt my lesson, never drive in a hail storm,’ she said.