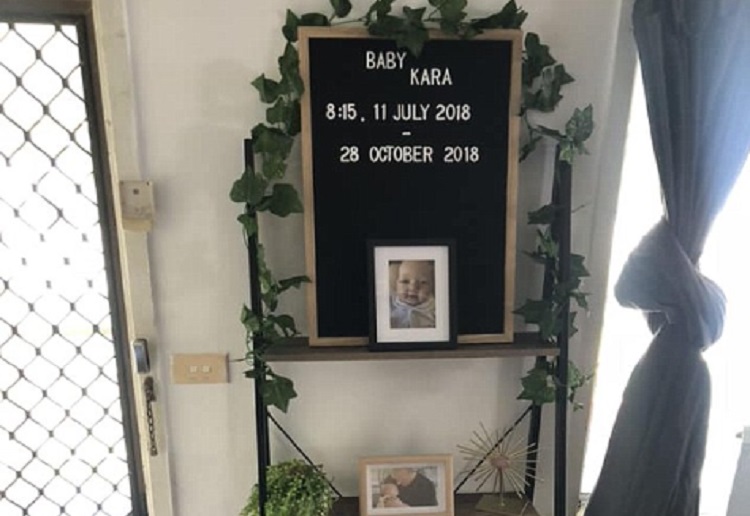 New Mum breastfeed her baby girl on Saturday, as she had so many times over the past 15 weeks, before laying her down to sleep – sadly she never woke up.

The 20-year-old Queensland mother, Coralee Andersen, hadn’t done anything differently, she awoke the following morning to see her bubbly daughter ‘limp and lifeless’.

‘It’s the most terrifying thing. Your baby goes to bed happy and then you wake up and it’s the first thing you see… it’s what nightmares are made of, really,’ the grieving mum told FEMAIL.

The family have since set up a memorial in their house to honour Kara’s memory, sharing sweet photos of her and displaying her baby book. 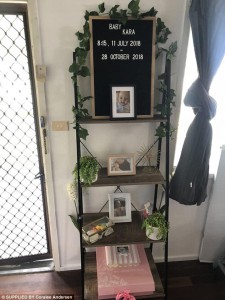 Doctors told a distraught Miss Anderson and her partner that their daughter had passed away due to Sudden Infant Death Syndrome (SIDS).

Kara was born at 37 weeks via an emergency c-section, describing her as ‘the happiest baby’.

Putting her daughter to bed on October 28, Miss Andersen woke up  to see Kara lying still in front of her.

‘I woke up staring at her and half of her was purple and she was cold. I will never get that out of my memory,’ she said.

‘That’s when we grabbed her, ran to the car and drove straight to the emergency room where we bolted in and they tried to resuscitate her.’

‘The autopsy showed no obstructions. They’ve basically put it down to SIDS but more intense research is ongoing at the moment to find out if there is anything deeper,’ she said.

Friends have set up a Gofund Me Fundraiser to support the grieving parents - Donate here.

A message on the page reads: “Coralee has requested that the remaining funds raised be used in Kara’s name to fund research for SIDS in hopes that they can find a way to stop this tragedy from repeating itself over and over.

“Kara’s tragic passing will NOT be in vain and we hope by donating the future funds to research that her legacy will live on as they work to find the facts and stop this condition in its tracks.” 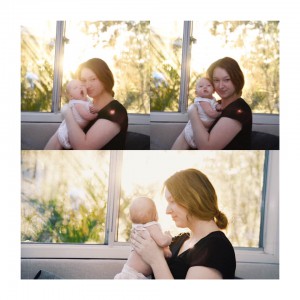