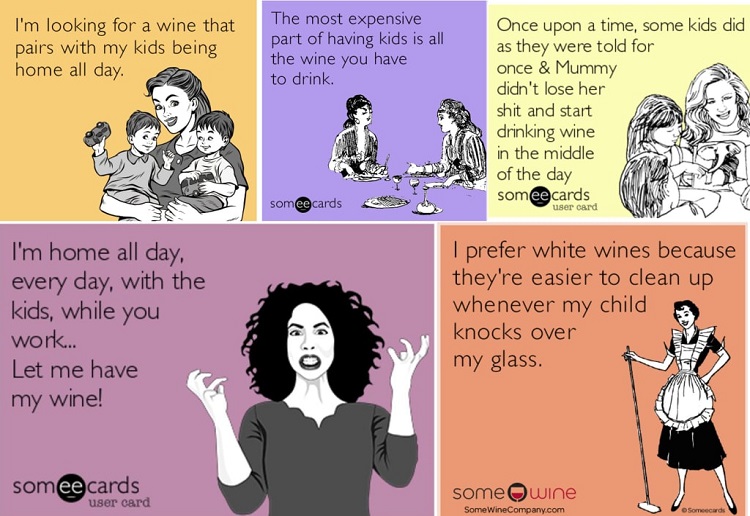 Caitlin Fitzsimmons, mum of two, has taken a swipe at all the wine memes that suggest it is OK for mums to hit the bottle.

Caitlin writes columns about life, money and work for Sydney Morning Herald and has most recently taken aim at all those NOT so funny wine memes.

She writes, “My gripe is with the incessant marketing of wine to women, especially mothers.”

Caitlin continues, “What bothers me most is the way we are doing the wine industry’s marketing for us in the very way we talk to each other, in person and especially online. It’s the “Facebook wine mum” phenomenon. It’s massive in the United States and it’s huge here too. 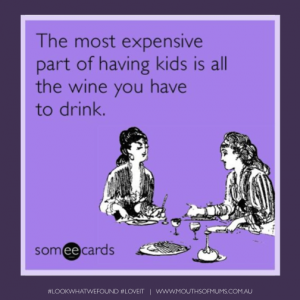 “You only have to join a few online parenting groups or be friends with a few fellow mothers for the barrage to start.

“Memes declare it’s “wine o’clock” alongside comic pictures of wine glasses three times bigger than your head. Photos of babies wearing jumpsuits emblazoned with “I’m the reason Mummy needs wine”. There’s even a viral video of a corkscrew labelled “mummy’s fidget spinner”, panning to a bottle of white wine, that has clocked up more than 24 million views and has its own t-shirt spin-off. 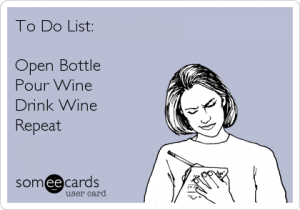 “Cracking jokes about needing wine seems to be a way to perform motherhood to other women in 2018 Australia. It’s the 40-somethings’ equivalent to younger woman sharing diet tips.”

“I know it’s meant to be a joke but that’s why it’s so insidious; it’s hard to fight back without being called a killjoy. I know I’m a fun friend so I’ll take that risk.”

Caitlin is concerned that it it’s “normalising hidden alcoholism.”

Caitlin adds, “Even when you don’t personally have a problem with alcohol dependency, the “wine mum” trope is perpetuating a culture where alcohol misuse is normal.

“By sharing a meme or making a seemingly harmless joke, you could be enabling your friend’s denial or making it harder for her to deal with a private problem.

“The wine industry is already doing a perfectly good job marketing to women. Let’s not do their job for them and market to ourselves as well.” 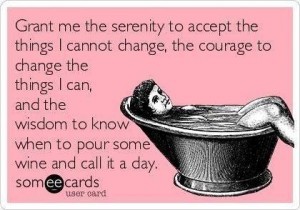 She makes a pretty good point, don’t you think?