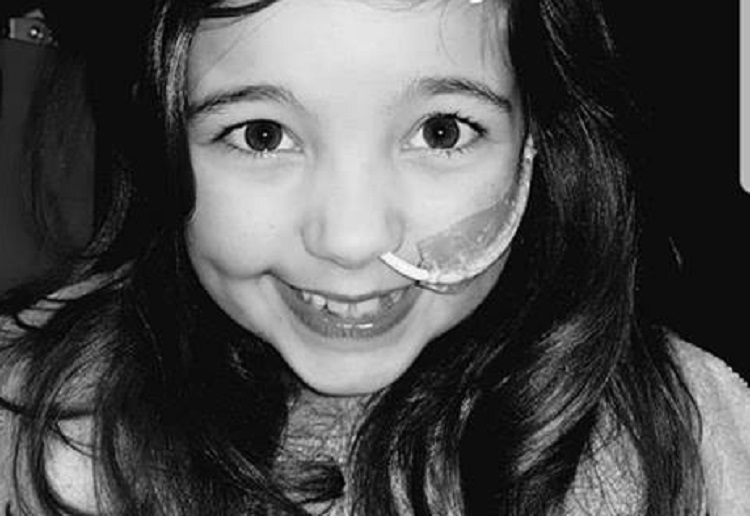 Facebook has been slammed for removing a photo of a little girl with a rare disease, claiming it was ‘shocking, sensational and excessively violent’.

A British mother was left horrified when Facebook banned a photo of her smiling daughter because she was being fed by a tube.

Shai Winn, 9, has spent her entire life being fed by a tube after she was born with a rare condition.

She was born prematurely at 31 weeks with a “V-shaped pocket” at the back of her throat — known as laryngeal cleft.

The cleft meant that she had a hole between her voice box and food pipe — which means food or drink can pass into her airway.

Her mother, Lindsey Bidwill, 40, started a charity on Facebook to raise awareness about the condition.

But when she went to upload a photo of her daughter, smiling with her food tube, she was told by the international social media company that it was “shocking, sensational or excessively violent”.

Ms Bidwill immediately appealed the decision — which was rectified within about 10 minutes, Facebook told The Sun.

“Even if it was a robot (that removed the photo) it is just not on.”

According to Ms Bidwill, she couldn’t bring herself to tell Shai what had happened as “she would have been really upset”.

“Some of the stuff on Facebook is absolutely shocking so I couldn’t believe they didn’t let me post a picture of my daughter,” Ms Bidwill said.
A Facebook spokesman told The Sun: “Shai’s picture was reinstated within less than ten minutes of Ms Bidwill reporting it to us.

“We know how important it is for families like Shai’s to raise awareness of causes that are close to their hearts on Facebook and we wish Shai and her family all the very best with their fundraising efforts.”