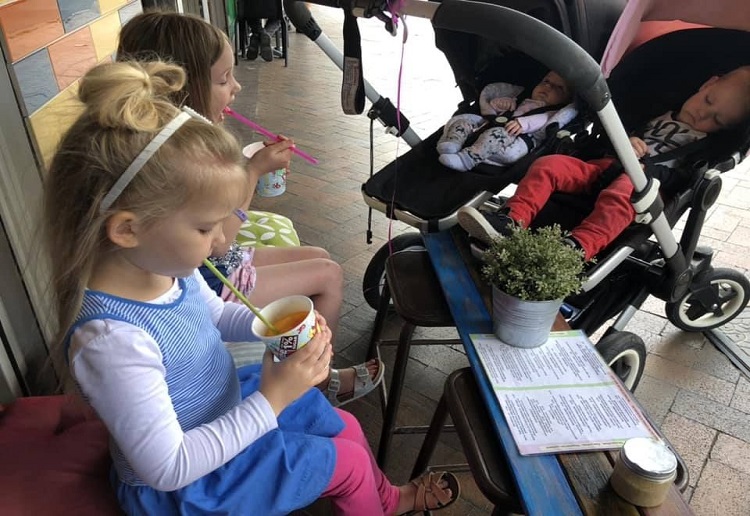 Mum of four been praised for sharing a completely ‘real’ post about parenting.

Sydney mum, Carly Hall, shared her story in a mums Facebook group alongside an image of her children.

She wrote – wanting “to cheer anyone up if they think they’re failing as a mum today”.

“I slept in and just couldn’t get my 7-year-old ready for school today. So she just didn’t go… then I got two of them slurpees, while the younger two slept, just so I could have a coffee in peace (on a seperate table), and scroll through Facebook while ignoring them,” she said in the post.

“I was just hoping that the post would give a few mums a laugh, especially younger or first-time mums who are really hard on themselves,” Carly told Yahoo Lifestyle.

“I’m happy to be a lower benchmark for people and I also think people just enjoyed some realness.”

Carly, who has a seven-, four-, two-, and 12 week-old, admits she didn’t really think twice before deciding to post the image.

“To be honest I didn’t really think about it,” she tells us. “But I think I’m now in a place where I wouldn’t care anyway.”

But it was clear her words hit the mark with hundreds of parents.

“I think people love actual self deprecation – as opposed to the humble brag,” she says.

“I also think everyone thinks everyone else has got it together … it’s reassuring to see that they don’t!”