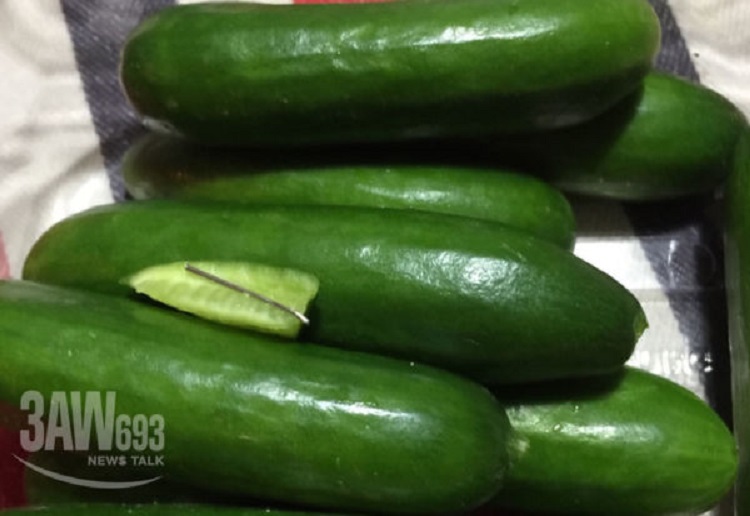 In the latest episode of the fruit contamination saga, a 12-year-old boy has claimed to have found a piece of wire in a baby cucumber.

The boy’s mother, Maria, says she bought the vegetable for her son from a Woolworths in Melbourne’s north-east and was cutting it up for him on Sunday night before he made the grim discovery, reports Daily Mail.

She has since reported the incident to police, who are investigating more than 100 claims of contaminated fruits and vegetables since the first needle was found in a strawberry more than a month ago.

Speaking to Tom Elliot’s Drive program on 3AW, Maria recalled how distraught her son was.

When her son first told her he’d found a needle, she said she thought he was just joking.

It wasn’t until he showed her the thick piece of wire coming out of the cucumber that she sprung into action.

‘I don’t know what the world is coming to, you’re too scared to buy food,’ the concerned mother said.

Police are still no further ahead in finding the person responsible for the strawberry sage – read more here.

It is still recommended to cut fruit to prevent any possible injuries.