Article New Research Shows We’re More Disconnected Than Ever Before 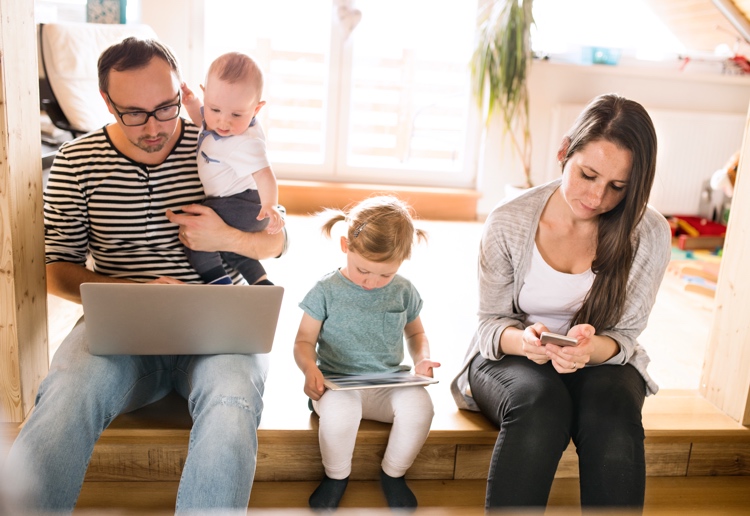 Technology has provided a platform where people can be contacted 24 hours a day. Gone are the days where you would pop by your friend’s place unannounced for a cup of tea and a biscuit. In our fast-paced world, we count tagging each other in a meme, or sending an emoji, as a ‘meaningful connection’.

Today, Arnott’s has released new research uncovering that Australians are contacting each other more than ever through their mobile devices, but in fact, having fewer meaningful, face-to-face interactions as a result.

While 82% of Aussies say spending quality time with friends and family brings them meaning in life, only 27% of Australians are interacting regularly with their loved ones in person.

Half (50%) of Australians believe that the use of mobile phones and social media is the culprit, dissuading them from having more face-to-face interactions. Yet during these coveted interactions, 49% of Aussies say face-to-face meetings are often ruined by someone being distracted by their mobile phone.

While 86% of Australians contact their loved ones at least once a week using a mobile or digital device, with more than a third (35%) doing so daily, only one in four (25%) say those interactions are meaningful, with a heartfelt text only being sent to someone they care about a few times throughout the year.

And when together they’re often not truly present, with 49% of Aussies saying someone playing on their mobile phone while talking to you is up there with the most annoying behaviour.

This was closely followed by not responding to text messages (16%), not answering or returning calls (15%) and people answering their phone in the middle of a conversation (12%).

Not surprisingly, Christmas is still known as the time of year for coming together with friends and family, and Aussies seem to agree. More than two thirds (77%) of Aussies declared that spending quality time with friends and family is the most important thing to them during the silly season and half of those (48%) stated that if they could receive one gift at Christmas, they would choose meaningful time with family.

When it comes to the ways in which people connect, Arnott’s reveals more than 9 out of 10 Australians have agreed that food helps to facilitate meaningful connections; and what’s more Aussie than sharing a meal with a mate?

Whilst one might think catching up over a wine or beer is the most popular way to meet, people are in fact interacting more at barbecues and dinners (41%) and over a classic cup of tea and a biscuit (17%).

The importance of togetherness

The new research has been released off the back of a social experiment by Arnott’s, which asked people to come together to replay their text message conversations to each other face-to-face. The heart-warming results of these funny, sometimes awkward or even emotional exchanges, uncovered that when you get people to stop and think about how they’re interacting with each other, they realise the significance of meaningful connections.

Watch the heartwarming video below, reminding us that ‘there is no substitute’ for sharing moments of real connection:

Michelle Foley, Arnott’s Marketing Director, Core ANZ said: “Arnott’s has always believed in bringing people together and the real connections that occur when we do. As a society, we’re connecting less than ever before, and we wanted to encourage Aussies young and old to rediscover the joy of sharing a meaningful moment with someone special to them. It’s important to make time to sit, talk, and really connect and we wanted to remind people of that.”

The desire for meaningful connections

What was clear is that Aussies are craving more real connections. 82% of Aussies say what represents a meaningful connection to them is quality time spent with friends and family. Following that is providing assistance or support to other people (49%), laughing or crying with other people (49%) and face-to-face communications (39%).

“Arnott’s is a well-loved Aussie brand whose products are made to be shared and enjoyed in the company of others, so we wanted to explore how Aussies are interacting through the experiment. We want to encourage more face-to-face connections, as nothing beats spending quality time with your loved ones over a cup of tea and a biscuit,” said Ms Foley.