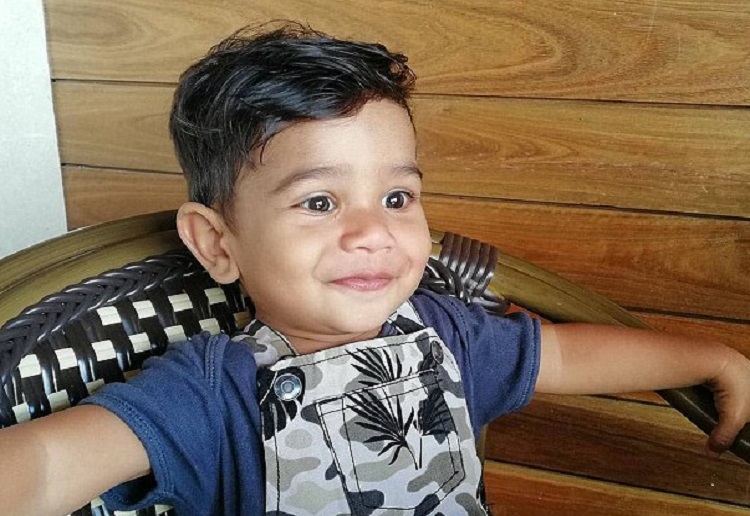 Grieving parents are still searching for answers to how their ‘always healthy’ toddler died after ambulance officers and doctors dismissed his illness as ‘just a fever’.

Shadrach Sumaru and Kathryn Ram have spoken to Daily Mail Australia about what they say are flaws in the Australian healthcare system.

The Melbourne couple said their two-year-old son Isaiah Sumaru, who died four weeks ago, would still be alive today if their concerns were taken seriously.

The desperate parents knew something was not right with their little boy but Ambulance Victoria said he just needed Nurofen.

On September 24, Isaiah, who was described by his parents as ‘always healthy and full of life’, became sick and developed abnormal breathing.

Shadrach, 38, and Kathryn, 29, frantically called for an ambulance and despite being told by paramedics that it was ‘just a fever’ and that there was ‘no need’ for the toddler to be taken to hospital, Isaiah tragically died two days later.

Shadrach, 38, and Kathryn, 29, frantically called for an ambulance and despite being told by paramedics that it was ‘just a fever’ and that there was ‘no need’ for the toddler to be taken to hospital, Isaiah tragically died two days later.

‘The second time, two other paramedics came over to check Isaiah and made us feel like idiots for calling.

‘They said, ‘it’s just a fever. Give him Panadol and Neurofen’. It felt like an inconvenience for them to come down and check on him. We did everything we were told.’

Despite Kathryn and Shadrach’s insistence that Isaiah be rushed to the emergency room, they claim the paramedics refused.

‘They were really abrupt and rude. Had they taken their job seriously, my son could still be alive today’, she said tearfully.

As Isaiah’s condition began to deteriorate they took him to their local doctor, who immediately called for an ambulance and Isaiah was finally transported to Dandenong hospital in Melbourne’s south east.

‘No one came up to check on him. He was only a toddler and still learning to speak so he couldn’t express what was wrong but you could hear he couldn’t breathe properly,’ Kathryn said.

She claims staff at Dandenong hospital ignored a referral letter from her GP that was supposed to go directly to a triage nurse.

‘The referral letter was to get a blood test and an x-ray immediately… the letter was not looked at [and] we got pushed into the waiting room.’

By the time that they finally saw a doctor, it was too late.

‘His last word was ‘juice’ and I gave him juice and all of a sudden his eyes started rolling back,’ Kathryn said between sobs.

‘Everything happened so fast. All I remember was [hearing] ‘code blue’ and there was 20 people on my son trying to resuscitate him.’

Isaiah was pronounced dead on the evening of September 26.

The coroner is yet to determine the cause of death.

Our hearts go out to the family. We hope they get the answers they need very soon.