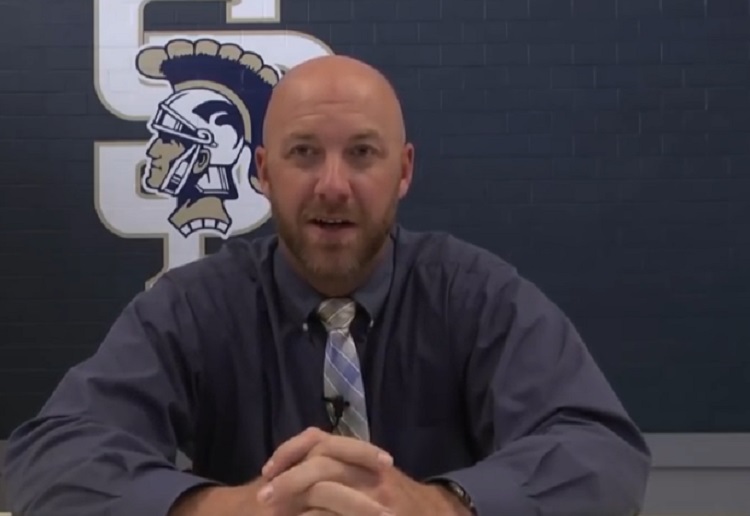 An assistant principal at a Tennessee high school has been placed on administrative leave after his comments about female students went viral.

While addressing a dress code policy regarding athletic shorts (which students are not allowed to wear at the school), Soddy-Daisy High School’s athletic director, Jared Hensley, said “If you really want someone to blame, blame the girls. Because they pretty much ruin everything.”

“They ruin the dress code, they ruin…well, ask Adam. Look at Eve. That’s really all you really gotta get to, OK. You can really go back to the beginning of time. So, it’ll be like that the rest of your life. Get used to it, keep your mouth shut, suck it up [and] follow the rules.”

The original video, which has since been removed from YouTube, contains announcements and other information that is produced by journalism students and broadcast to other students at the school, according to news reports.

“We find the comments about young women in this video inexcusable, as the sentiments expressed do not align with the values of Hamilton County Schools. The situation is under investigation, and this employee has been placed on administrative leave effective immediately,” Johnson said in a statement.

“We hold our employees and our leaders to a high standard, and these comments do not match the high expectations we have for our employees. We seek to prepare all children for success in life after high school and expect our employees to provide an atmosphere that will empower all children to reach their full potential.”

Natalie Green, a mother of a daughter in Hamilton County Schools said Hensley’s statements “disgust her.”

“This is how Kavanaugh is getting so much support from the GOP. This nation has made sexism normal and acceptable. People feel like they can say things like this with no repercussions,” Whitley said.

Mr Hensley has been placed on leave.