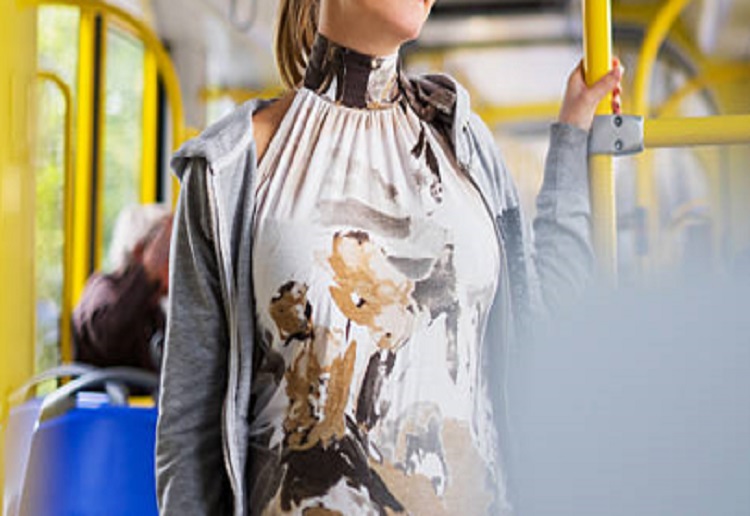 He sure messed with the wrong lady!

When TV writer Brydie Lee-Kennedy found herself in a stand-off with a man occupying two seats on a packed bus last week, she took matters firmly into her own hands.

At eight months pregnant, the London-based Aussie was stunned when the man refused to remove his belongings from the seat next to him so she could, you know… sit down.

“Well it finally happened … I just sat on a man’s hand and bag when he wouldn’t move them off the last spare seat on the bus. We’re now sharing a very quiet ride,” Lee-Kennedy shared on Twitter.

Although Ms Lee-Kennedy’s reaction won her a digital round of applause, the responses to her tweet quickly illustrated she wasn’t the only expectant mother to suffer such rudeness.

Well it finally happened in my 8th month of pregnancy, I just sat on a man’s hand and bag when he wouldn’t move them off the last spare seat on the bus. We’re now sharing a very quiet ride.

A British mother of two shared her frustrations recently after commuters on a London train refused to offer her a seat while she was breastfeeding her son.

As a result, the woman, named Kate, was forced to stand as she nursed the six-month-old – with several seated passengers even making eye contact and smiling at her as she did so.

“I was thinking, ‘Stop smiling and offer me your seat, please!’” she recalled on social media.

When one woman looked up from her book and noticed the situation Kate was in, vacating her seat so she could sit down, things got even worse.

“Another lady then sat in it, and when the lovely lady said, ‘Oh excuse me, I actually gave up my seat so this lady with a baby could sit down’, the sitting lady shrugged, plugged her earphones in and closed her eyes!” she wrote.

Have you ever been in a similar situation?