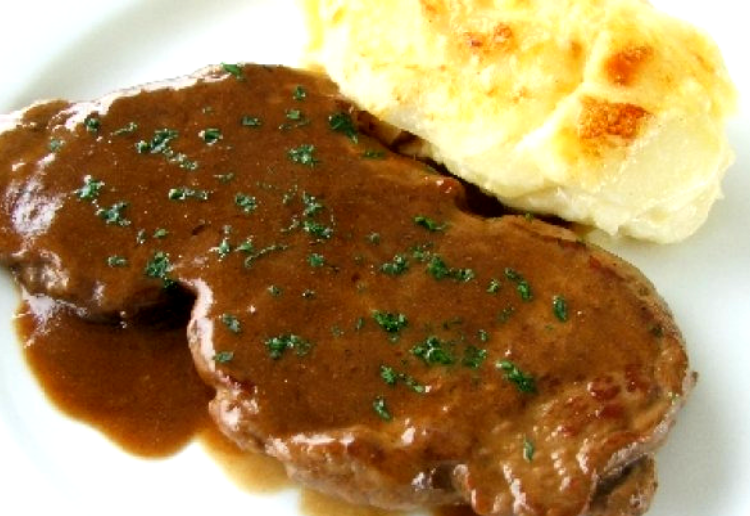 Diane Sauce is a deliciously simple sauce to top off your steak … and it’s so quick too!

This diane sauce is super duper easy to make, with a few simple ingredients, like worcestershire sauce and garlic, that come together to create a rich, creamy topping for your steaks! Consider seasoning your steaks with some black pepper or oregano before topping with this delicious sauce.

Serve hot with some mash potato and veggies for a delicious, steak with a diane sauce is a hearty meal that everyone is sure to love!

Not a fan of mash potato? Boil up some brown rice for a nutritious alternative!

Looking for a cheap, yet delicious steak? Check out Coles or Woolies for an easy option!

Don’t feel you need to be limited to steak to accompany this Diane Sauce.  It would be just as delicious with lamb seared on the barbecue or roast chicken.  If you feel it’s a little heavy for chicken, just stir through a half cup of white wine to lighten up the consistency and flavour.

Ever wondered why a lovely rich sauce like this is called Diane Sauce?

According to Australian Food Timeline, there is some dispute about the origins of Steak Diane but it was almost certainly introduced to Australia by Tony Clerici, maitre d’ at Romano’s restaurant in Sydney. Clerici claimed to have invented the dish at his Mayfair restaurant in 1938 and named it in honour of Lady Diana Cooper, formerly Lady Diana Manners, the society beauty of her time. He brought Steak Diane with him when he returned to Sydney in 1939.

Well wherever and however Diane Sauce was invented, we’re grateful that is was.  We can’t think of a more delicious pouring sauce for any meal!

This Diane Sauce is so lovely with a steak.  It would also be delicious with lamb or even chicken.

If you're a fan of sauces to accompany meats, you might like to try a few of these recipes: