Article REMINDER Issued as Hunt For the Strawberry Sabouteur Continues 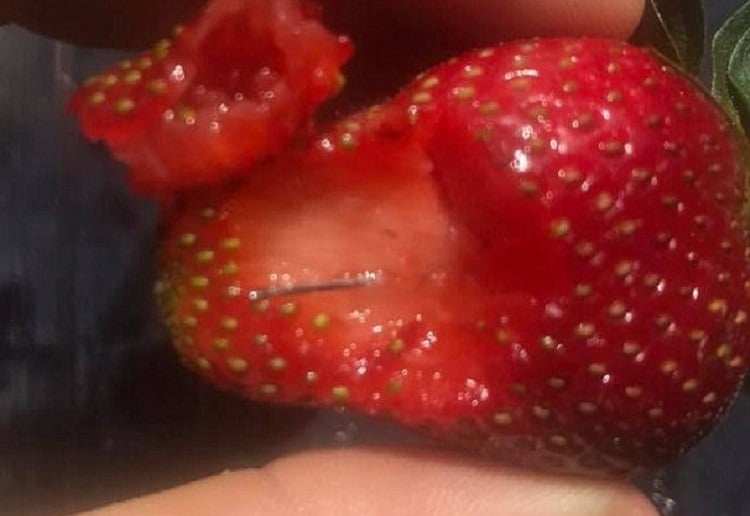 Nearly a month since the strawberry scandal it has been reported authorities have still not revealed the source of the initial contamination.

A month since a strawberry with a needle in it was reported to Queensland Police, and we still have no answers.

Affected punnets were also found across the country, including Tasmania, South Australia and WA in what was believed to be a copy cat situation.

Queensland Police are still investigating the incidents, and in a statement said they would tell the public if any charges were laid, reports ABC news.

There were several confirmed cases of strawberries with needles found in them, with the first were reported in Queensland, and revealed by authorities on September 13.

Berry Licious and Berry Obsession were the first cases reported on September 12.

On September 14, Queensland Health announced strawberries from Donnybrook farms north of Brisbane were being pulled from supermarket shelves after three incidents.

Woolworths has continued to stock strawberries and currently strawberries are coming from Queensland and Western Australia, with the Victorian season set to start in about two weeks.

“We’re working closely with suppliers and growers to ensure strawberries remain available on our shelves for our customers to enjoy,” a spokesperson said.

“While we’ve introduced additional safety measures, we urge customers to continue following the advice of the health authorities and cut up all strawberries before eating them.”

I must admit we grabbed a punnet the other day and I totally forgot about cutting them until my son mentioned it to me.

Are you still concerned?