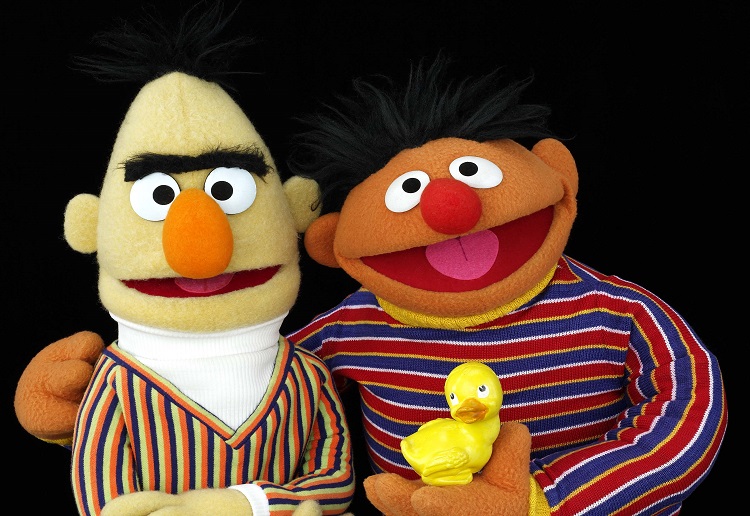 In an interview with Queerty, Mark Saltzman was asked the question that many have wondered for years, and in a touching response shared for the very first time that Bert and Ernie were an analog for his own relationship with his late partner, Arnold Glassman.

He also said in the interview that Mr. Snuffleupagus was written like a ‘closeted’ homosexual, and expressed his remorse about never being able to write the iconic show’s first gay storyline, shares Daily Mail.

‘I can remember pitching to the education department, the gatekeepers of the curriculum, gay content, just to get it off my conscience. And I can remember being stonewalled in a way that it made me think it was a lost cause,’ said Saltzman.

‘My activism isn’t a hit the streets variety, and what Sesame Street was doing racially, you certainly don’t want to denounce it. I would have liked to have been the first writer to do the “two mommy” episode.’

Bert and Ernie were initially the creation of Jim Henson and Frank Oz, with the puppets said to have been analogs for the relationship between those two men, who were both heterosexual.

Oz wrote on Tuesday: ‘It seems Mr. Mark Saltzman was asked if Bert & Ernie are gay. It’s fine that he feels they are. They’re not, of course. But why that question? Does it really matter? Why the need to define people as only gay? There’s much more to a human being than just straightness or gayness.’

He added in a follow up tweet, ” If Bert and Ernie were indeed gay, would they be different than they are now?”

It seems Mr. Mark Saltzman was asked if Bert & Ernie are gay. It’s fine that he feels they are. They’re not, of course. But why that question? Does it really matter? Why the need to define people as only gay? There’s much more to a human being than just straightness or gayness.

Holy cow! I gotta go!! Been tweeting waaaaaaaaay too long. But it was good. And I learned something profound. Thanks for those who tweeted with me. Next time I would be very interested to know: If Bert and Ernie were indeed gay, would they be different than they are now?

Sesame Street then re-released a statement they have used before denying that duo are gay.

‘Bert and Ernie are best friends. They were created to teach preschoolers that people can be good friends with those who are very different from themselves,’ reads the statement from the Workshop.

‘Even though they are identified as male characters and possess many human traits and characteristics (as most Sesame Street Muppets do), they remain puppets, and do not have a sexual orientation.’

Please see our statement below regarding Bert and Ernie. pic.twitter.com/6r2j0XrKYu

Please see our most recent statement regarding Bert and Ernie below. pic.twitter.com/gWTF2k1y83