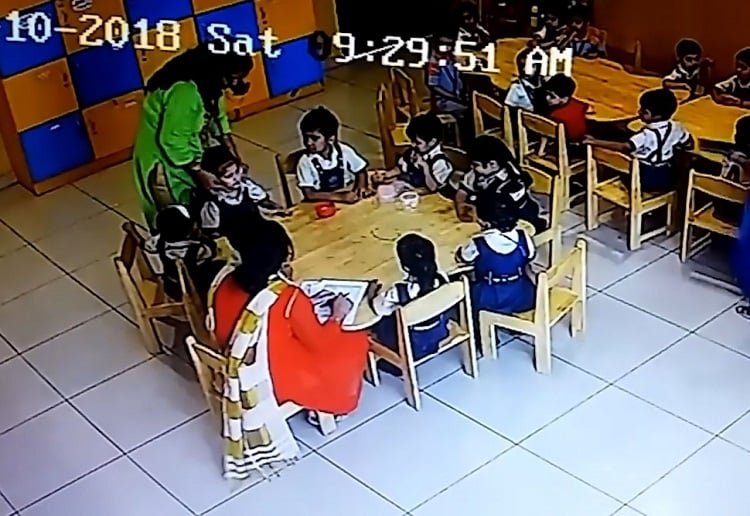 The incident took place at the Narayana E-Techno School in the city of Gurugram, in northern India.

A video of the incident has been uploaded to social media, and shows the private school teacher sticking tape over the mouths of two four-year-old students during class, shares Yahoo news.

According to local media, a former employee Girish Pandey posted the school’s CCTV footage online and it has since been seen by more than 20,000 people.

“I was shocked to see the teacher sticking tape on the mouths of a boy and a girl, both four-years-old, apparently to silence them during class,” he said.

“There were other students and another female teacher who watched the whole episode in silence.”

Meanwhile the school has confirmed that they have suspended the teacher after parents complained about the sticky tape incident.

“I do not deny that the teacher did this, but she has since been punished. The school suspended her two days afterwards,” the principal said.

The unnamed teacher claimed that she had to take the drastic action as the pupils were disturbing the class and used bad language in front of the other children.