Article The Boys Are Back! Westlife Announces Massive Reunion Tour 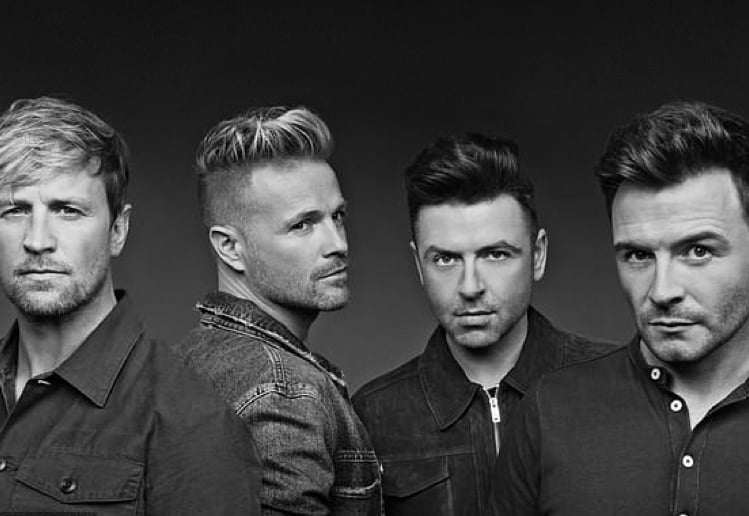 EEEEKKKK! One of our favourite classic boy bands are coming back together for a massive stadium tour. Westlife have confirmed the reunion, six years after they split up.

The four founding members of the famous band, announced their much-anticipated tour in a video. Shane Filan, Kian Egan, Nicky Byrne, and Mark Feehily enter a room and greet each other.

Shane then says: ‘We’ll be seeing you soon.’

Tragically, Brian McFadden, who left the band in 2004, was conspicuous in his absence, confirming that he would not be part of the tour.

Westlife Is Only Four People Now

The absence of original member Brian McFadden, 38, who left the band in 2004, confirmed he will not be a part of the reunion.

Brian will instead be starring in the upcoming series of Dancing On Ice, as reported in Metro.

Shane said earlier: ‘I haven’t seen Brian in 10 years. We’ve just lost touch, it’s like going to school with somebody and then not speaking.’

‘I wouldn’t speak to him to reminisce, not all all. We all had a good relationship with Brian then he just left the band very early on and I don’t think we would ever reunite with him.’

He added that if a reunion were to happen it would be just the four of them, who split after 14 years together.

‘I honestly see Westlife as being four people now – the four people who started and finished Westlife are what I consider the band,’ he said.

Westlife are certainly enjoying a second life, having signed a new record with Universal Records, recorded a new album plus will be embarking on an extensive tour next year.

Band member Shane Filan spoke to the Sun saying,’We genuinely missed each other and missed the buzz of performing on stage together to all our fans.

‘We still have a lot that we want to achieve as a band and we want to bring our new music to fans all over the world.’

Nicky added: ‘While we were away, we realised what Westlife really meant to the fans — and to us.’

Ed Sheeran has supposedly been behind the writing of their revival single.

The Sun reports: ‘Having Ed involved is a huge coup. They think he will give them a contemporary edge for their reunion. They have already recorded the song and are delighted with the results. They’re just pulling together the final promo details including a video before they unveil it. It’s going to be huge.’

Fans have been waiting for this news since last year when music manager Louis Walsh hinted that a comeback was on the cards.

‘A Westlife reunion is definitely going to happen – but I have no idea when,’ he had said.

He added: ‘I’m still really good friends with all of the lads. I think the reunion will be great, but it’s up to them to decide when they will do it.’

Westlife has been one of the most successful boybands with 13 UK Number One singles and ten Top Ten UK albums.

Followers were gutted when they disbanded in 2012.

When Will They Come To Australia?

There’s no news yet as to when tickets for their tour will be going on sale but watch this space as we’ll update you the minute we hear.

Will you be going to the Westlife concert? Tell us in the comments below.