Article The Downside of Behaviour Charts That You Need to Know 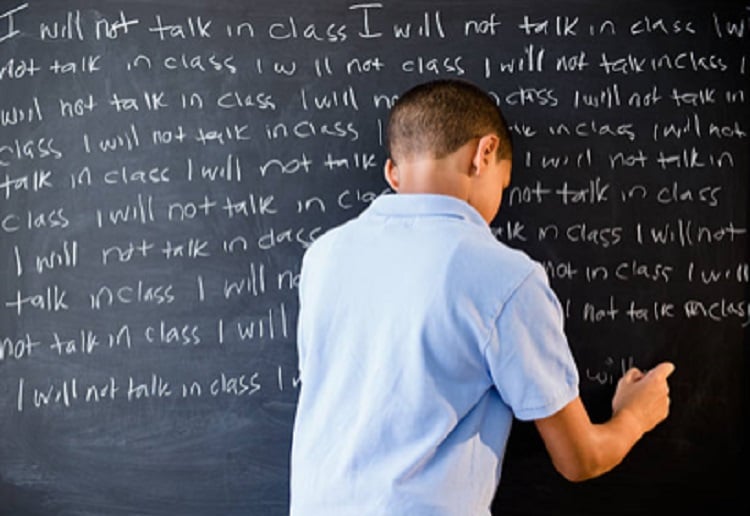 Katie Hurley, a child and adolescent psychotherapist and parenting educator, shared on The Washington Post there is a dark side to behavior management systems that parents need to be aware of….

Katie spoke how for the kid who doesn’t earn the stickers, clips down instead of up, or never climbs above the yellow card, these charts can be shame-inducing.

Imagine seeing your bad day played out in bright colors on the very wall that all of your peers stare at all day long. These systems can leave students feeling worthless, overwhelmed and incapable. They can negatively impact the student’s self-confidence, which can result in poor academic performance and even more behavioral issues. These behavior management systems, although well-intentioned, can be downright devastating.

I’ve watched the negative impact of these behavior systems play out both in my office and during classroom observations, said Katie.

Take a 7-year-old first-grade student, for example. He’s bright and engaging in the classroom setting. He loves a good joke and greets all of his peers with equal enthusiasm each day. He tells me that he loves math and science, although social studies leaves him feeling “wiggly.”

He’s friendly, kind and respectful, but he does struggle with inattention. Too much sitting is hard for him. When he reaches his limit, he starts moving his legs, tapping his pencil and calling out answers. For those offenses, he moves down on the behavior chart fairly regularly.

In classroom observations, I’ve witnessed kids going through the motions. In the beginning, clipping down, turning a card or losing a sticker upsets them. Some cry. Some shut down. Some beg to get their good behavior marks back. For some of those kids, the systems might work in the short term. They want the rewards enough to behave accordingly. By the end of the year, many kids will continue to struggle with the same behavior issues, but they will no longer care about the consequences on the wall. The act of clipping down or turning a card doesn’t actually help them learn a new strategy to cope with whatever might be triggering the behavior. And when you feel like you can’t win, it’s easier to accept defeat.

Beyond the day-to-day emotional roller coaster of attempting to meet classroom expectations, these behavior management systems can leave a lasting impact on the psychological well-being of young children in a variety of ways.

It can trigger stress and anxiety.
I will never forget the first time I saw a clip chart in my daughter’s classroom many years ago. Students were each given a number, and that number was attached to a clip. Students moved up and down to different colors throughout the day based on behavior. Seeing my daughter reduced to a number on a clip had a prison-like feeling that was difficult to ignore. While she didn’t clip down once that year, she did experience stress related to the expectations on the wall. No amount of reminding her that she is generally a good listener and often quiet to a fault was enough to quell the fear of clipping down on what I came to think of as “the wall of shame.”

I get a lot of phone calls from parents desperate to help their kids stop worrying so much about the academic and behavioral demands they face at school each day. Is it the actual chart that causes the anxiety? No, more often than not it’s the fear of being ridiculed by peers or disappointing or upsetting the teacher and/or the parent that triggers stress and anxiety. Being judged in a public way all day every day makes it difficult to enjoy learning.

Kids develop negative core beliefs.
It’s no big secret that kids are sitting for longer periods of time in the classroom setting. While some kids can handle longer periods of inactivity, most can’t. Kids are wiggly, easily distracted and quick to excitement because they’re young, not because they’re poorly behaved. When kids face the same behavioral intervention over and over again, they begin to develop negative core beliefs. Instead of thinking, “I’m having a hard day,” they tend to think, “I’m a bad kid and no one likes me.”

Kids can face social isolation and symptoms of depression.

When one kid is tagged as the one who always acts out or gets in trouble, he can face social isolation. These behavior systems are individual in nature – each child is challenged to get to the highest level or earn the most stickers on his own. To hang out with the class troublemaker can be risky.

When young children feel overwhelmed with consistent consequences for behaviors they don’t know how to fix and lack adequate peer and adult support in the classroom, they can and do exhibit symptoms of childhood depression. They withdraw from peers and family. They experience sleep disturbance and difficulty eating. They talk about feeling worthless or bad. They might even refuse to go to school.

The good news is that there are alternatives to help manage classroom behavior without using charts on the wall.

When classrooms address the emotions that often lurk beneath the surface of unwanted behavior, students learn to make positive choices and act with compassion for and understanding of others.

In the absence of positive programs in the classroom, the best thing parents can do is work with the teacher directly.

Behavior systems are intended to help provide structure and order in the classroom, but they won’t work for every child.

Requesting a conference with the teacher to share your concerns and discuss positive alternatives can help alleviate parental frustration while creating a more positive learning environment for the child.

While it’s often tempting to use social media to drum up support for proposed changes, this can cause a divide between the teachers and the parents. When parents seek guidance from the classroom teacher directly, on the other hand, a positive partnership emerges, and that can have a positive impact on the classroom environment. And on your child.

Katie Hurley is a child and adolescent psychotherapist and parenting educator in Los Angeles. original post via The Washington post.

I read this and cried

This article was bought to my attention today via a Facebook post I stumbled upon on, Brilliant Boys FB page.

Brilliant Boys was created by, Natalie Smith, a  mum of four from WA, and an Early Childhood Educator and passionate Boys Advocate.
Natalie holds a Bachelor of Education in Early Childhood with 15 years teaching experience in regional, metropolitan, public and private schools. It was during these years that she developed an interest in Boys Education and Development and has been researching this area for the past 13 years. 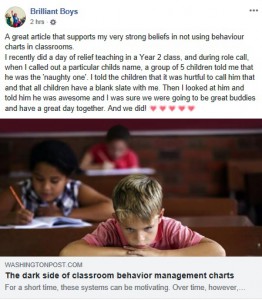 She wrote, “A great article that supports my very strong beliefs in not using behaviour charts in classrooms.

I recently did a day of relief teaching in a Year 2 class, and during role call, when I called out a particular childs name, a group of 5 children told me that he was the ‘naughty one’.

I told the children that it was hurtful to call him that and that all children have a blank slate with me. Then I looked at him and told him he was awesome and I was sure we were going to be great buddies and have a great day together. And we did! “

It made me cry.

Let me explain, you see my baby (I know, I know, he’s nine! He will always be my baby though) has the “naughty kid of the class” label, even though he tries his hardest. Kids would often say the same as Natalie mentioned above, “Oh he is the naughty one!”

The 7 year old mentioned by Katie above also sounds just like my son. Sitting for too long really does bother him.

He can be loud, short tempered, passionate, excitable, restless and because he is quite tall for his age adults often expect more of him due to his size.

It can be very frustrating and while he tries super hard to improve, he is given a number rating numerous times daily on how his behaviour has been rated in each lesson, with a final tally at the end of the week.

He has gone through school using similar behaviour systems (pegs – green, red, orange) since day one at Kindergarten. A four year old. Constantly “labelled” and pointed out as the mischievous child for want of a more positive spin.

Demeaning or necessary? I am still so torn on the best option to help set guidelines and refocus the behaviour. I don’t think being labelled with a number constantly is the answer.

This meme spokes volumes to me. 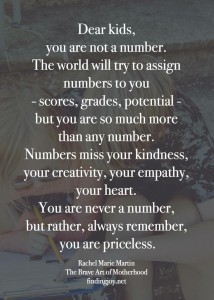 Do you support behaviour charts?