Article The Soul-Stirring Madiba The Musical Lights Up The Stage 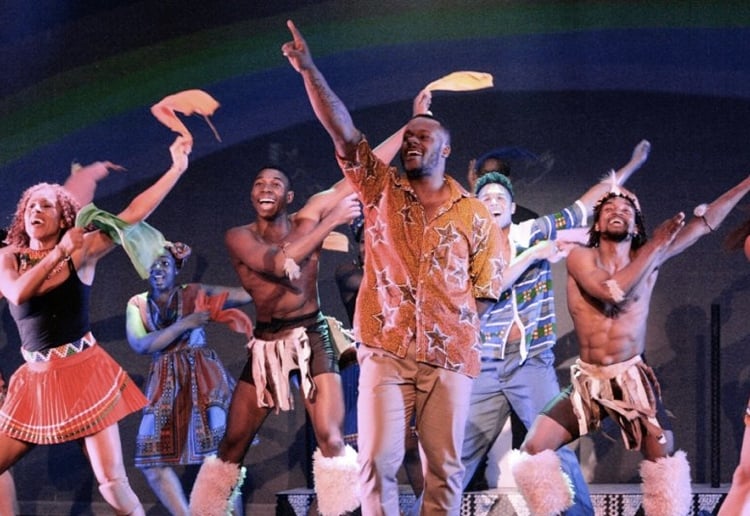 There’s a powerful new show that has just burst onto the stage. Madiba The Musical takes you on a soul-stirring journey through Nelson Mandela’s inspirational life, filled with rousing and catchy songs and impressive acting all-round.

This musical, which premiered in France in 2016, has a personal significance for me, since I spent my childhood in South Africa. Being a white girl, growing up in the last vestiges of apartheid, I was shielded from the oppressive regime. But seeing the stories of this brave fight for freedom up on stage, stirred up much emotion, tears and even some laughter.

But even if you don’t have any connection to South Africa, you’ll still be inspired by this moving tale of a great leader who dared to dream the impossible. Perci Moeketsi, a well-known South African actor, played the role of Nelson Mandela with dignity and sincerity and he got the accent just right!

The show was energised through the effervescent David Denis, who was the narrator, rapper and all-round mover and groover and injected a contemporary vibe onto the stage.

The story of Mandela’s rise to fame, was intertwined with a story about forbidden love. Promising artist, William Xulu (played by talented Barry Conrad) fell in love with the Helena, the daughter of the chief of police, Peter Van Leden, played by Sydney actor Blake Erickson. Madeline Perrone, who plays Helena, has a magnificent voice and poignantly captured the heartache of the taboo romance.

Tim Omaji, otherwise known as ‘Timomatic’, played the role of Sam Onatou, a young black activist who is arrested and meets Mandela in prison. He was a true superstar and captured the hearts of the audience with his electric voice and dynamic moves. Sam is engaged to be married to Sandy, captured perfectly by Tarisai Vushe.

We also meet Mandela’s exuberant wife, Winnie, played by Ruva Ngwenya. Wow, what a voice she has. Her songs were my favourite and I was absolutely entranced whenever she opened her mouth.

The costumes were colourful, the band was flawless and the musical numbers were full of spirit. My favourite was the traditional African gumboot dance, which made me want to leap up and join in.

Madiba The Musical is a powerful production that celebrates the life of a hero with deep emotion and exuberance. Just See It!