Article The Tragic Story Behind This Touching Photo 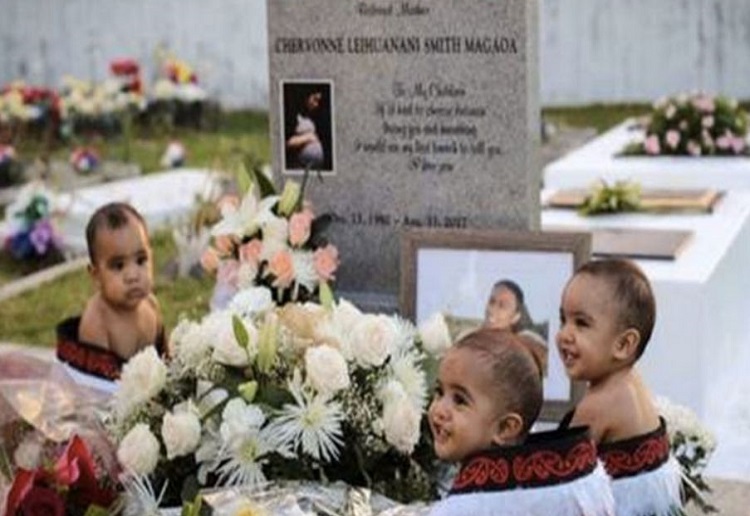 A heartbreaking image of triplets dressed in traditional Maori cloaks, sitting by a headstone surrounded by flowers is going viral.

The headstone is their mother, Chervonne Magaoa, who passed away shortly after giving birth to the three boys.

The 34-year-old suffered an amniotic fluid embolism during the birth – where fluid, cells or other debris enters the mother’s bloodstream – and passed away shortly after.

The shared celebration of the boys’ life and the anniversary of Chervonne’s death is a bittersweet occasion for father and husband Martin Magaoa. 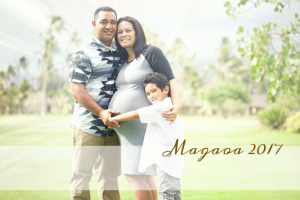 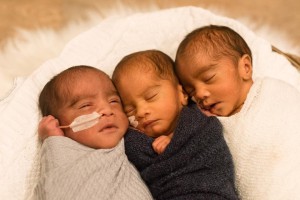 “I miss everything about her,” Martin told Yahoo7, explaining he did not want to keep the occasions separate but wanted to combine them both as a celebration of life.

“As hard as it was, I wanted to celebrate her life and boys’ birthday on that special day, August 31st, to honour her by celebrating with her at her final resting place.”

“Every day I see their mother in them,” Martin said.

“They are thriving, healthy and growing full of laughter and joy.”

Such a bittersweet time for the family.